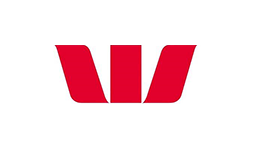 Australian bank Westpac has doubled its investment in venture capital firm Reinventure – with $50 million for start-ups.

This is the second fund to be managed by Reinventure. Simon Cant and Danny Gilligan, the co-founders and managers of the first fund, are seeking to add another venture partner and some new staff to identify and manage the new investments. Gilligan says it is looking to invest in ten to 15 start-ups.

Westpac chief strategy officer Gary Thursby, who chairs Reinventure’s investment committee, says: “The Australian fintech industry is developing rapidly and we continue to be impressed by the quality of the talent, ideas and technology that exists in the start-ups.”

Gilligan says its latest round of funding is looking at investments in lending, payments, data, identity, risk, trust, artificial intelligence and APIs.

Westpac was not alone in that round as another co-investor included National Australia Bank. The latter also established its own $50 million venture capital fund, NAB Ventures.