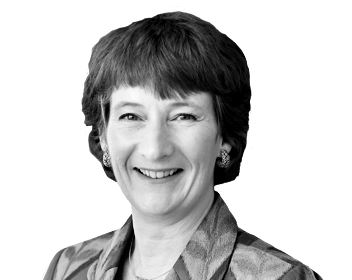 Standard Chartered is rolling out a suite of fingerprint and voice biometric technologies across Asia, Africa and the Middle East.

The bank says the launch reaches more than five million clients, and is the “most extensive rollout of fingerprint biometric technology by any international bank and a first in most markets”. It is on a roll as last month it launched video banking to the same regions.

Karen Fawcett, Standard Chartered’s CEO of retail banking, says the technologies give its clients “more convenience and security when they want to access their bank balances, cards and investments, wherever they are and whenever they want”.

Standard Chartered’s clients in 15 markets across Asia, Africa and the Middle East will soon be able to access mobile banking services on smartphones and iPads.

The service is already live in Singapore, the UAE and India. Touch login will launch in China, Hong Kong, and Malaysia, Pakistan and the African markets of Botswana, Ghana, Kenya, Nigeria, Tanzania, Uganda, Zambia and Zimbabwe by the end of 2016, “depending upon regulatory approval being obtained where required”.

The bank will also introduce voice biometric technology for phone banking services for clients in India and the UAE by the end of this year, before rolling it out in more markets next year, “subject to regulatory approvals”.

Earlier this year, Standard Chartered said it plans to invest $3 billion in strengthening its technology, retail and private banking and wealth management operations.

In Africa, it announced it was bringing its mobile and online banking platform to eight countries.

If that’s not enough, it also launched its “Bank on an iPad” sales and service tool in Asia, Africa and the Middle East. Called Retail Workbench, it is a digital tablet-based sales-and-service tool that “brings the bank” to clients.