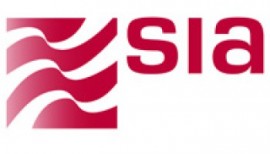 SIA has also got a ten-year outsourcing contract from UBIS for the supply of processing services for transactions made using debit, credit and prepaid cards, and for the management of POS and ATM terminals.

The vendor says this acquisition will result in the revenue increase by over 20% (according to 2015 pro-forma figures) and an increase in card payment transactions from four billion to over five billion.

Massimo Arrighetti, CEO of SIA, says that the acquisition enables the company to strengthen its “competitive positioning” in Germany and Austria – “two of the main target markets in the 2016-2018 business plan”.

Studio Chiomenti acted as legal consultant in this transaction, Studio Tremonti assisted with the fiscal aspects, and Ernst & Young was the financial advisor.

Busy times for SIA
The Italian vendor has been developing the pan-European instant payment infrastructure with EBA Clearing (due to launch in November 2017).

In its home market, it has teamed up with Telecom Italia to make POS MultiPay terminals operative in over 2,200 stores across Italy. SIA has also recently invested in a 3.17% stake in technical university Politecnico di Milano (MIP).

In the UK, it has inked an agreement with Raphaels Bank for the development and launch of new SEPA payment solutions, and of cards and mobile services in the UK and Europe.

In the Czech Republic, it has partnered with local bank CSOB (member of the KBC group) to launch the country’s first mobile wallet for NFC payments.

Further afield, its technology supports the new system for interbank payments, introduced by the Reserve Bank of New Zealand (the country’s central bank). SIA says this is “the 14th central institution between Europe, Africa, the Middle East and Oceania to adopt SIA’s technologies”.