Selling VocaLink to MasterCard will kill innovation in UK payments 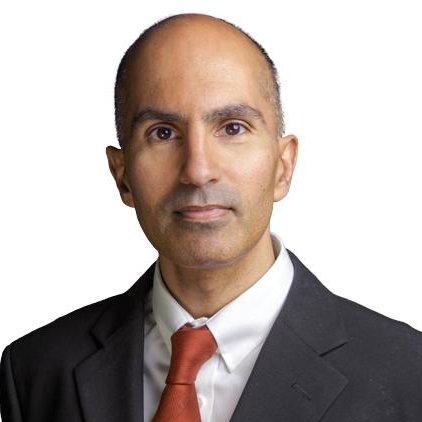 The proposed sale of Vocalink to MasterCard, threatens to “kill innovation” in UK payments. This is the damning verdict of AccessPay CEO, Anish Kapoor, who is calling on payments experts to come together to voice their opinions and thoughts, before a final decision is reached.

In the time it takes you to read this blog post, more than 400,000 Bacs payments and approximately 10,000 Faster Payments transactions will have been made in the UK.

These startling figures demonstrate how vital the Bacs and Faster Payments systems are to the UK economy, and why some payment industry experts are uncomfortable with the announcement that US card giant, MasterCard is to acquire VocaLink – the central payments services infrastructure provider for the UK’s key payment systems.

The deal
MasterCard has entered into a definitive agreement with VocaLink to purchase 92.4% of the London-based consortium, which is currently owned by 18 banks and building societies.

The announcement comes following concerns raised by the Payments Systems Regulator (PSR), in February 2016, that the collective ownership of VocaLink was having a “negative impact on innovation and competition in the industry”.

In addition to operating the Bacs and Faster Payments central infrastructure, VocaLink also controls Link, the UK’s largest network of ATM machines, as well as licensing its immediate payments infrastructure in Singapore, Sweden, Thailand and the US.

Why should you be concerned about MasterCard buying VocaLink?
When you take into account that 90 per cent of salaries, over 70% of household utility bills and almost all UK state benefits are paid through the VocaLink managed UK payments infrastructure, it is understandable why some commentators within the UK payments landscape are a little concerned.

There is a degree of scepticism amongst payment industry experts, in particular payment software providers that single ownership of the UK’s payments systems could lead to an adverse impact on the country’s payments market – a direct contradiction to the problems PSR believes will be alleviated from a change in ownership.

Some of the concerns being raised and debated:

In the wake of the landmark £68.5 million (plus interest) Sainsbury’s competition damages case and already facing a possible lawsuit for allegedly imposing illegal card charges onto UK customers, MasterCard does not have an upright reputation when it comes to pricing.

So how will giving a monopolistic position to an organisation currently being sued for price fixing, give us any comfort that we won’t be ripped off with sky high charges?

One of the major issues raised by payment software providers is that they envisage an increase in transactional volume usage fees for end users and a potential increase in direct connectivity costs. Though prices have increased over the years, the rate of increase has been steady. The fear now is that MasterCard could turn that model on its head, if the pricing structure itself is left unregulated.

Competition – Could we be saying “Farewell, farväl, การอำลา” to Faster Payments?

Given that MasterCard will see its core product threatened by the emerging immediate payments revolution and PSD2, is it a good idea to sell off the Faster Payments central infrastructure to an organisation that has vested interest in stifling competition for one of its core products – thus killing the nascent Real-Time Faster Payments New Access Model proposition?

Surely, by selling Faster Payments as part of this deal, we are throwing away one of the most innovative payment solutions to have come out of the UK Payments Industry in recent times.

On an additional note, how will this affect immediate payments infrastructure in Singapore, Sweden, Thailand and the US? Are payment industry experts not worried in those countries?

Whilst you could argue that the consortium of banks which currently own VocaLink have sat idle for far too long at least we were assured a variety of differing and competing interests at the top table, which in effect ensured that no one view dominated. This has ensured that whilst there has not been innovation, there at least has not been monopolistic practices. Now we’ll have one player with a controlling interest over the entire infrastructure. How is this good for the industry?

ALSO – Given that they backed away from giving one corporation too much sway over a small part of power generation at Hinckley C, what does the UK Government have to say about this deal? How on earth can they agree to sell the entire UK payments infrastructure wholesale to one company?

The response of Chancellor of the Exchequer, Philip Hammond, to the deal showed a total lack of understanding of the implications of it and instead is more aimed at limiting the damage of Brexit (but don’t get me started on that!).

He stated: “MasterCard’s decision to buy VocaLink shows that Britain remains an attractive destination for international investors. Britain is and continues to be an open and globally facing country in which to do business.”

There is little doubt that greater competition is needed to help drive innovation in UK payment infrastructure. However, before the whole UK Payments Infrastructure is sold, there needs to be some reassurances that whoever acquires VocaLink – be it MasterCard or any other payments industry behemoth – will not unduly exploit their inherent position of near single-ownership.

The PSRs stance that the 18 banks which own VocaLink are somehow holding back innovation makes little sense, especially when you consider that UK Payments Infrastructure is seen as the market leader in innovation.

While the banks individually may have been slow in bringing forth innovation within their own business compounds, VocaLink as a whole have always acted in the best interest of the protection of the UK payments infrastructure – after all, each banks end customer is taking advantage of the payments service.

With MasterCard, there would be no direct correlation or relationship with the end customer. As the sole provider of payment processing infrastructure, they would have nothing to lose and everything to gain if they wanted to make significant changes to a system that is already seen as world leading. Is that something we are willing to accept?

With VocaLink, at least we were seeing good moves to drive innovation and wider engagement, with Faster Payments New Access Model just one of the more recent examples. Could a big shop like MasterCard deliver the same results – or are we handing them a licence to kill innovation in UK payments?

C’est la vie
Before this multimillion-pound deal is allowed to proceed, the transaction is expected come under close scrutiny from the UK and international merger authorities, regulators and a number of jurisdictions from whom anti-trust clearance will be required.

The UK Treasury should consider other models of ownership – why not simply open up ownership to all PSPs? Why is it being sold at all – surely the issue of freeing up control of the infrastructure is separate from providing a return for VocaLink’s shareholders?

All I ask from those involved is to take these industry concerns and thoughts into deliberation when making their decision over the coming months. The outcome of this verdict is likely to affect the entire UK economy and every single business that relies on the presence of a stable UK payments infrastructure.

#FinCENfiles leak reveals $2 trillion in money laundering by major banks between 1999 and 2017 fintechfutures.com/2020/09/leaked…

.@Nasdaq is moving its 28 markets in North America and Europe to the public cloud over the next decade fintechfutures.com/2020/09/nasdaq…

.@Clever_Cards CEO: There's only going to be one winning challenger bank fintechfutures.com/2020/09/clever…

Change Financial, a US fintech listed on the @ASX, is in the swings of raising capital to acquire @wirecard’s Austr… twitter.com/i/web/status/1…