Samsung Pay Turns One; 100 Million Transactions Made on Wallet 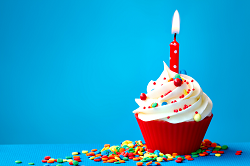 Happy birthday, Samsung Pay. Perhaps 100 million candles on a cake would be fitting. Seoul, South Korea-based Samsung Electronics recently announced that Samsung Pay had been launched a year ago, and that approximately 100 million unique transactions have been made using its m-wallet thus far.

Samsung enjoyed a successful launch on Aug. 20, 2015 in its home country, as consumers registered more than 10,000 debit and credit cards with Samsung Pay on launch day, and the total increased eight-fold during the next four days. In addition to its home country, Samsung Pay is available in Australia, Brazil, China, Puerto Rico, Singapore, Spain and the U.S., and more than 440 bank issuers support the service.

In South Korea, alone, Samsung Pay has processed more than 2 trillion won (US$1.8 billion) in transactions within the past year, and nearly 11 million cards related to services, such as membership, ATM and transit cards, have been registered, according to the company. Samsung Pay also enables consumers to add coupons. “Our ambition to reach a world without wallets continues to draw ever closer, and this strong consumer adoption signals a shift in behavior and demonstrates the continued enthusiasm for a safer, smarter and better mobile wallet,” said Injong Rhee, Samsung chief technology officer and executive vice president of software and services, Samsung Electronics.

Despite the good year and the milestones, not only must Samsung Pay continue to compete with Apple Pay and Android Pay, among others, its security recently has been called into question. A computer science student and security researcher claimed to have found a weakness in Samsung Pay’s tokenization process that could lead to fraudulent purchases. As newer Samsung phones convert payment card information into tokens, future tokens become predictable and can be stolen to make fraudulent purchases, he said during an information security conference in Las Vegas. Samsung stated the information was “inaccurate,” but company officials didn’t explain what was inaccurate, nor did they dispute the researcher’s claims.