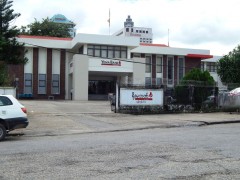 Yoma Bank, one of the country’s largest commercial banks, has been in tech modernisation mode since 2014.

In-mid 2014, it issued an RFI for new core banking software, with the financial support from International Finance Corporation (IFC; a subsidiary of the World Bank). IFC granted Yoma Bank a $5 million loan to carry out the modernisation.

Misys won the deal with its FusionBanking core solution, and the contract was signed in late 2014.

Yoma Bank was established in 1993 and grew to be the second largest commercial bank in the country. However, following a financial crisis in the country in 2003, the bank had its licences severely restricted and operated solely as a remittance transfer operator, unable to offer loans or deposits.

The relevant licences were returned to the bank in late 2012, and it has re-established its banking services, primarily lending to SMEs across its 50-branch network.

The country’s financial services sector is buzzing with activity.

Oracle FSS also has a number of users of its Flexcube platform in Myanmar, including Kanbawza Bank (KBZ Bank) and Tun Foundation Bank.

TCS Financial Solutions has completed the deployment of its TCS Bancs system to support securities trading and settlement at Myanmar-based KBZSC and AYA Trust.

Another Japanese firm, Fujitsu, has built an accounting system that complies with International Financial Reporting Standards (IFRS) for CBM.

And not to forget blockchain of course. Japan-based software development firm Infoteria has recently announced that it has “successfully” used blockchain for microfinance transactions in Myanmar – the “first time in the world”.