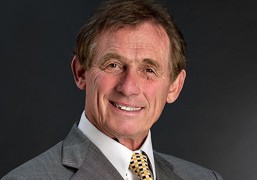 Rupert Scofield, Finca: “We need Brits to donate more and unfortunately we’ve not really cracked that nut yet.”

Rupert Scofield, president and CEO of microfinance organisation Finca International, discusses how it brings banking to the developing world and why people should follow America’s lead in the art of philanthropy.

“This is your world. My generation had its shot. We thought our problems were daunting but it’s nothing like the stuff you’re dealing with. It’s literally life and death problems for all of humanity.”

This was the powerful message from Scofield when he met three young entrepreneurs in London, and explained why US-based Finca, the Foundation for International Community Assistance, needs donors to fund its ambitions to help others grow their business.

He believes the world has never seen such a terrible time as now, and feels those who have prospered should lend a hand to those who want to prosper.

In his opinion, there needs to be global change.

“If something doesn’t change there will be a horrible catastrophe; such as climate change or a nuclear threat,” he says.

The three entrepreneurs, “all under 30”, were convinced, and prove that Scofield, with has vast wealth of experience, can keep pushing Finca onwards and upwards.

Access all areas
Scofield is an agricultural economist with 40 years of experience in developing countries. He served in the Peace Corps in Guatemala, where he made his first micro loans in the early 1970s.

It now has 23 subsidiaries around the world, and one of them, Finca Bank Georgia, recently announced it is looking to modernise its online and mobile banking systems. The selection is in its final stages at present, with contract negotiations underway.

Finca also recently unveiled “the world’s largest microfinance fintech collaboration”, when it teamed with credit scoring specialist First Access. The two companies say this partnership “will create the largest and most sophisticated alternative credit-scoring approach by a microfinance institution in the world”.

Machines of loving grace
Finca is a company that publishes financial results and is audited like any other. But there are differences.

Scofield says the organisation is building a “fundraising machine” that ensures donors are always on hand to help.

These donors can include wealthy individuals, such as a Fortune 500 CEO, or people that are reached through direct mail campaigns and can give $50 or $100 a year.

In addition, Scofield says there are “big chunks of money” coming from the US – such as the World Bank and US Department of Agriculture. He also gives the example of a business colleague who says the US leads the way in the spirit of generosity.

“In the US there is the enormous tradition of philanthropy. The majority of the population gives either time or money to some kind of charity. It’s kind of our culture.

“In Scandinavia for example, tax is about 80% of a person’s income. So their response is ‘don’t ask me for the last 20% if my government is doing foreign aid’.”

He wants others to follow the US model, and because he was in London for the interview, he had a message for the UK.

“We need Brits to donate more and unfortunately we’ve not really cracked that nut yet.”

Propeller
The statistics and the growth trajectory show Scofield has managed to propel Finca to a position of success. But how was all this achieved? In a sense the answer just raises more questions.

“When I look back at it all – I will be 67 in July – I ask how the hell did we do that? When did I find the energy to go to all these countries? Many of them I went to personally and sometimes on my own…”

This is an excerpt. The full article is available in the July/August 2016 edition of Banking Technology.