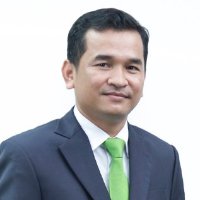 Its customers can now transfer money between their accounts, pay bills, top-up their mobile phones, manage their cards, check their balances and get a mini-statement by logging on to their internet banking and mobile banking services.

Say Sony, SVP and chief marketing management of Prasac, says with the introduction of remote banking, its customers “no longer need to waste time waiting at the counters to settle any payment”.

TranzWare is a scalable solution for electronic funds transfer, inter-network switching and the handling of an “unlimited” number of devices and delivery channels.

Prasac says it also recently became the “first” MFI in Cambodia to launch a cash-by-code service, which enables its account holders to transfer money to non-ATM card customers.

This can also be done through its internet and mobile banking services by sending the recipient a security code, which they enter into the network of 114 ATMs across the country. In the first half of 2016, it says almost 6,000 transactions were made and more than $325,000 was transferred using the service.

Prasac was founded in 1995 and has total assets of more than $1 billion. It provides a range of financial services to its customers, including deposits, loans, internet banking, ATMs, bill payment, money transfer, foreign exchange, payroll and mobile top-up.

Compass Plus employs over 400 people around the world and is headquartered in the UK. Its research and development headquarters is located in Russia (Magnitogorsk) and it has additional offices in the US, Brazil, Russia (Moscow), Malaysia and Jordan.