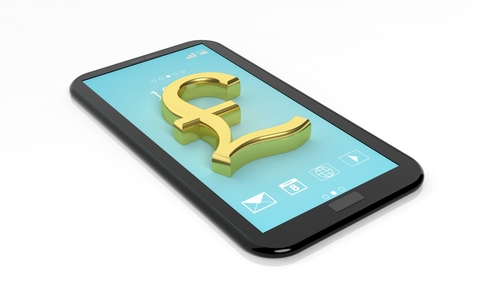 Mobile banking is catching on in a big way in the U.K., with payments via mobile banking apps reaching £347 (about US$456 million) in 2015, up a whopping 54 percent over the previous year, according to a new study. The Way We Bank Now, a report from the British Bankers’ Association (BBA) and professional services organization EY, found that U.K. consumers used mobile banking apps—ranging from those of major banks to full-featured mobile-centric accounts—more than 4 billion times last year. The increased interest in mobile banking has coincided with a move away from in-person bank visits, which averaged just 71 visits a day per branch location in 2015—a 32 percent decline since 2011, according to the study. That downward trend is expected to continue, with branch visits projected to dwindle to 51 per day by 2021.

Mobile also is beating out desktop banking, with 11 million mobile banking app logins per day (up from 7 million in 2014) versus 4.3 million logins to banking sites (down from 4.4 million the prior year). Downloads of mobile banking apps reached 13.8 million last year, a 25 percent jump compared with 2014.

The report cited speedy and convenient access to personal financial information as major drivers of mobile banking’s popularity. Enabling consumers to track their finances easily leads to reduced stress around managing money, the report said. Banks can capitalize on the rise of mobile to increase customer engagement and satisfaction, noted Robert Cubbage, U.K. banking and capital markets leader, EY. “Transformation is not without its challenges, but banks that can make the most of the new opportunities available to engage with their customers through digital, and the use of analytics and technology will be highly competitive in the new environment,” Cubbage said.