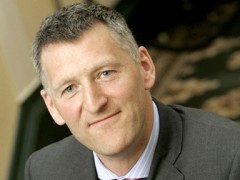 Blockchain is disrupting the financial services (FS) industry. Deloitte recently called it one of the year’s most controversial and debated topics.

Yet, despite the hundreds of millions being invested in blockchain technology by companies from all industries across the globe, there is still much confusion around how the technology works and the effects it will have on the FS sector in the long-term.

Blockchain is a distributed general ledger which records a transaction. At its core, it is a network of computers, which approve a transaction, which is then recorded in a chain of computer code. The details are recorded on a public ledger that anyone on the network can see, without exposing any confidential details about the subject and parties’ involved, or allowing the record to be altered at a later date.

Whereas in the past, we’ve tried to keep data safe by locking people out, blockchain’s model is all about letting people in. The more people that have the ledger and participate in the approval, the more secure it is, as hackers would need simultaneous access to every copy of the database for a successful attack.

What does it mean for the FS industry?
Many banks are now racing to harness the power of blockchain technology, in a belief that it could cut up to $20bn off costs and transform the way the industry works. Blockchain offers the promise of addressing some of the key challenges faced by the financial sector and offers a way of improving central clearing, back office operations and cross-border payments.

Indeed, many of the leading global FS companies are investing in new blockchain start-ups with a view to driving savings and innovation across their organisations. Digital Asset recently announced that it has raised over $50m in funding from a number of global players including Goldman Sachs, JP Morgan Chase, BNP Paribas and Santander.

PwC, for example, is assessing how blockchain could be used for know your customer (KYC) procedures. Whereas currently, an individual who needed to prove their identity would need to walk into a PwC office with their passport and identity documents. In the future, the firm’s staff would run checks on who the person was, then scan and upload the documents to the blockchain. The next time that person wanted to prove their identity, they could refer to those records, eliminating the need for later paperwork costing time and money.

This is also true of other paperwork heavy processes such as contractual agreements. Currently, every bank, government department and law firm all hold separate versions of contracts in paper form. A permissioned blockchain could, in theory, replace the manual consensus process, using algorithms to reach a final version of the truth. If this could be used to sync the truth between all parties involved a given transaction, much wasted contractual back and forth could be avoided.

Similarly, if banks started sharing data using a tailor-made version of blockchain, they could essentially remove the need for a lot of manual processing, and speed up transactions. Of course, there remain serious questions around how each bank would maintain its privacy within a shared database, as well as how much input regulators would have. In addition, whereas large banks and financial institutions have the resources and technology to invest and pilot these types of innovations now, smaller banks and FS firms are likely to suffer.

Governments using blockchain
Governments are also starting to explore the possibilities of blockchain. The Government Office for Science recently published a report on distributed ledgers, which recommended that the UK government begins work to exploit the technology in a public sector context. The report highlighted how distributed ledger technology could provide governments with new tools to reduce fraud, error and the cost of paper intensive processes. It also has the potential to provide new ways of assuring ownership and provenance for goods and intellectual property.

Of course, there is a need for more education if we are to ensure policy makers understand how it works and its potential applications, independently from Bitcoin. For us to see the benefits, it will require a new thinking about data governance, storage, management and sharing. In addition, distributed ledgers used in public services will have to support semantic integration, which will be a whole new challenge in itself.

Interest in blockchain, whether from the financial services or the public sector, is good news for the future. Progress and investment will need to continue, but blockchain has the potential to help drive unprecedented opportunities for innovation, as well as new and better ways to interact with citizens and businesses, and more efficient regulatory initiatives.