All that glitters isn’t just our clothes! 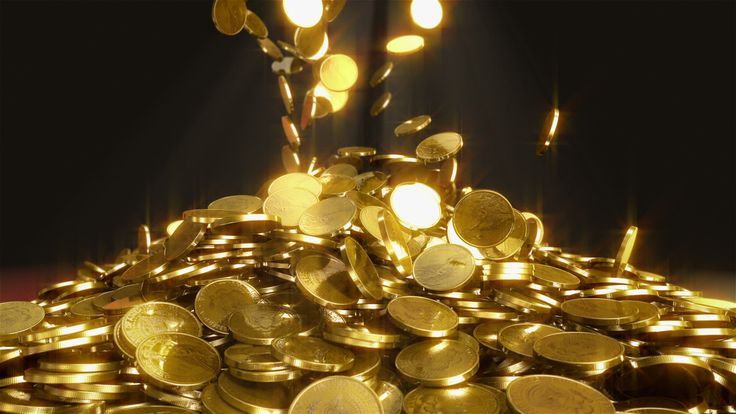 What if in 20 years’ time the payment choice of a new generation returns us to the most basic of financial instruments: shiny gold coins…

When I first started travelling for my job, it wasn’t too afield. I was working in Australia so it involved trips to New Zealand, Singapore and not much more. However, in only a few years, my travel grew to where it became routine to visit the US, Germany and the UK, but with the aircraft options on hand it often meant stopovers in unusual placed.

From the time of that very first trip, I began collecting banknotes – usually the lowest denomination, but oftentimes a couple of higher notes as well. And of course I kept one of each coin as well, some of which are clearly stamped from precious metals of one kind or another.

These were souvenirs, a reminder of where I had been and a talking point within the family. Today, my habits have changed significantly to where I have on hand cash in four denominations – US Dollars, British Pounds, Australian Dollars and Euros (and yes, one or two notes from Canada that I simply forget about even as I arrive in Toronto or Vancouver). I take them everywhere in case of emergencies and yes, as a back-up, should I arrive somewhere and find no easy access to cash. Family discussions are now a lot less interesting, but then again, there are a lot less of these notes at home these days.

Experience has taught me to travel with a second credit and debit cards tucked away in a travel wallet that simply stays in the hotel safe and it is in this wallet that I keep the cash – on more than one occasion I have been robbed; Richmond Virginia and Paris, France. But the point is that no matter the financial instrument that is today’s de rigueur, I am very aware that changing sentiments can often demand alternatives and for me, it’s always important that I can make it home no matter the circumstances.

A colleague and good friend of mine, Thomas Burg, who is the CTO of a security and modernisation vendor, comForte, sent me a link an article titled “The UK will abandon cash within 20 years”. Headlines like these always catch my attention as I continue to be intrigued by the case for and against cash and the impact it might have on us all. “A new study commissioned by London & Partners, the Mayor of London’s promotional company, found that the majority of Londoners believe the UK will be cashless by 2036,” formed the basis of the posting.

Will we all be wearing internet-connected clothes by 2036?

Deeper into the story I then came across the observation: “The biggest driver of this move away from cash has undoubtedly been contactless payments. The UK has responded exceptionally well to the technology.” But perhaps my favourite reference of all from this post was one of the final comments: “Another interesting prediction that the British public made was about clothes. Over half of respondents (57%) believe that by 2036 we will wear clothing that is connected to the internet. That is a fascinating concept in terms of payments opportunities.” Smart or otherwise, will clothing made with gold prove more valuable to some in our community?

While there is much that I can say about a post such as this and it is a short post, mind you. However, what springs to mind are three important points by my count – culture (city versus country), countries and cohorts. This last one I selected simply because it started with C and my first choice, generations, didn’t, but I suspect you will see the connection a little later in this article. Given that much of what is being predicted for 2036 will also cover the transition to everything from robots to the industrial internet to the internet of things, the predictions don’t look all that bold.

For sure, Australia will win another rugby game by 2036, England will lose nearly all the Ashes they contest and oh yes, we will be watching rematches of Cleveland versus Oakland many more times before 2036. In other words, set against such a timeframe almost any prediction will come to pass in one form or another. With as much disruptive technology being showcased, almost all of which didn’t even exist back in 1996, I think it’s safe to say that we can agree with the sentiment of the prediction even as we can inject our own caveats with a healthy degree of optimism.

Culture? Those surveyed were in London and spoke for all of the UK. Brave, indeed! Given the emphasis on contactless payments, I have to wonder what those living far from cities think of this and as for those closer to the city’s heart, how will they function if they can no longer tip the doorman to get a better seat or table? I have always been taken aback by the changes in attitudes that only a few miles can make. If I am wearing clothes that are internet connected and I am in an area poorly served with internet connectivity, will my clothes have anything to say?

No, what may work with residents of one area, may not work in another and that will force us to acknowledge there will be different models needing support and it only takes one model featuring cash to keep all of us carrying just a little cash. It’s like letting lose autonomous vehicles on our roads – it will only work if every vehicle, every pedestrian, every animal is in the network. Leave a single marauder offline and someone will be injured or killed. Leave cash in circulation with one cultural group and you will all have to have cash! 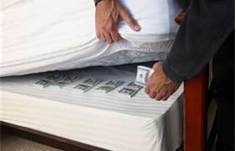 Countries? Possibly worse than culture as we are all globally connected today and travel happens at a frenetic pace and what might work in the tight-knit constraints of a city like London, or perhaps even all of the UK, doesn’t necessarily transfer to New York or the US. My colleague Burg knows the Baltic really well dividing his time between Germany and Finland where he has become familiar with financial practices of surrounding countries and he anticipates cash becoming less influential well before 2036 whereas I can point to eastern block countries where people still accumulate cash under the flower pots in their window boxes.

No, what works for one country may not work for another and trying to force it, actually causes the more creative and adventurous folks to dial it back a little. When it comes to cash, infrastructure is all important and if you step away from where the investments in infrastructure have been made then you need cash and vacationers everywhere regale on the simplicity of their hosts when they find their only means of concluding a transaction is cash!

Cohorts? Yes, our compeers, if you like. We cluster around age groups and hence are labelled as Baby Boomers, Gen X-ers, Millennials and yes Gen Z-ers, and for a reason. As cohorts, we share likes with our peers and in general behave as a very predictable group. When it comes to cash and a dependence on cash it varies significantly by group. I still have one active parent who would no more use a credit or debit card than they would a mobile phone, having been brought up solely on cash and lay-bys (or lay-aways, depending on where you live).

Continue with support for one cohort group that is cash-centric and you essentially have to factor cash in for all groups. As with culture and countries and autonomous vehicles, becoming a cashless society demands an all-in transformation and as we all have witnessed as a society, no matter which side of the Atlantic we may come from, we absolutely hate being shoved down an all-in path! No, choice and options are so deeply ingrained that thrown into a glass bowl or stashed away in a cigar box or whatever, cash is going to continue being with us for much longer than what the latest group of pundits predicts.

The article is correct in one assessment and that is, by 2036 we will have even more payment options than we have today. Whether we pay in cash, via credit or debit card (contactless or not), via smart jewellery or even via the very clothes we wear, the choice will be ours and what drives that choice may come down to our cultural roots, city or country, developed or emerging, or even our cohorts, educated in different times.

What 2036 misses though is that by predicting what may happen 20 years into the future, is that the likely biggest demographic hasn’t even been born and perhaps, through the influence of fashion, the media or a new service, their preference hasn’t even been addressed – yes, who knows, their choice may return us to the most basic of financial instruments, nice new shiny gold coins!