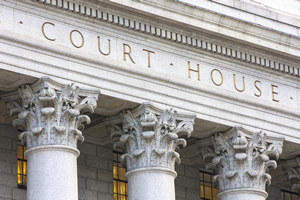 Turnabout is fair play in business, and it often occurs in the legal system. Visa Inc. has filed a lawsuit against Walmart this week in a dispute over customers’ use of signatures or PINs to verify purchases with EMV-equipped debit cards at Walmart. Last month, Walmart sued Visa, claiming the payments network required the retailer to offer EMV debit users the option of signature or PIN verification for purchases with EMV-equipped debit cards.

Visa denies the allegation in its lawsuit and adds that the contract between the two companies doesn’t give Walmart the right to require PIN entry for purchases with Visa debit cards. “Many Visa cardholders do not want to enter, or cannot remember, their PIN and the contract preserves’ cardholders’ freedom to provide a signature instead,” according to the lawsuit filed yesterday in New York State Supreme Court.

Visa alleges another breach of contract, claiming that “Walmart had already hatched a plan to eliminate the signature option at its physical locations after the effective date” of the contract, yet Walmart “falsely promised” not to change how it accepted Visa debit cards. Contract negotiations began in 2013, and the contract was signed November 2015, with an effective date of Jan. 1, 2016. Visa’s suit claims that Walmart secretly began testing the elimination of the signature option at terminals in several of its stores shortly after the contract was signed, and the testing continued beyond the contract’s effective date.

Earlier this week, grocery market chain Kroger filed a lawsuit against Visa, also related to Visa’s requirement that merchants give customers the option of verifying EMV debit purchases via signature.