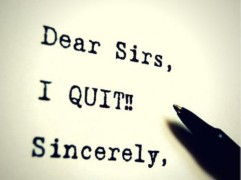 CTO Mark Hipperson, who was also the bank’s co-founder, has recently left Starling.

Prior to moving to Starling, Hipperson was a long-standing GM at a UK-based IT consultancy firm, BJSS. Earlier in his career, he was head of technology at Barclays’ corporate banking division (1992-2000).

According to FT, this was his comment on his departure: “We had a disagreement on the way forward and I therefore decided I would resign.”

FT also says Hipperson had a meeting with the UK regulators, Financial Conduct Authority (FCA) and Prudential Regulation Authority (PRA), to discuss his departure. He told them Starling’s executive team and the board were “competent and strong”.

Starling was set up in 2014 as a mobile-only bank, targeting “millions of customers” in the UK. Its CEO is Anne Boden, former COO of Allied Irish Banks (AIB).

The bank’s first CTO, Tom Blomfield, left last year (alongside a number of other execs) to set up a rival bank, Mondo. He too had disagreements with Boden.

Will Hipperson set on a path of launching his own fintech/banking venture?

Meanwhile, Starling is yet to receive full regulatory approvals and raise enough funds to open for business.

In early 2016, it secured $70 million in funding from Harald McPike, who runs QuantRes, a Bahamas-based private investment firm. Two of Starling’s six board members are QuantRes directors.

The bank is pursuing the concept of a single product and plans to only offer current accounts with access to payment systems.

Speaking at a recent conference, Boden stated: “I don’t believe a start-up bank can beat big banks. They can’t offer all of the products to all the customer groups through all of their channels. You need to focus and do one thing really well; 20 times better than everyone else to give people a reason to bank with you.”

Starling also plans to use artificial intelligence (AI) tools to give customers predictive insights into their life management skills and if they have sufficient money.