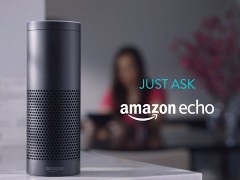 Symitar, a credit union software subsidiary of Jack Henry, has teamed up with a think tank, BIG, for an initiative called Financial Innovations Voice Experience (FIVE).

FIVE explores the possibilities that voice-based personal assistants such as Amazon’s Echo and Microsoft’s Cortana can bring to banking.

Among the first takers is $2.3-billion Baxter Credit Union, a long-standing user of the Episys core system. It plans to roll out FIVE to its clients next year.

Jeff Johnson, CIO of Baxter CU, says customers will be able to check their balance or transfer the money from the convenience of thneir house by talking to a device like Echo. This brings the ubiquity of the credit union and customer relationship, he observes. “The credit union is there in your living room and you can just talk to us.”

Ted Bilke, president of Symitar, says the use of new devices such as Echo signals a shift in how credit unions and banks provide service capabilities. “It is shifting from a seller’s market to a buyer’s market,” he says.

“We’re talking about the consumer or the member picking the devices that they want to use to interact with their financial institution.” For instance, if a customer were an Apple Watch or Amazon Echo user, he/she would expect to be able to use these for banking operations. And a financial institution has to make this interaction possible, he states.

This also makes technology substantially more affordable for the institution and shortens the development cycle, he observes.

If a credit union was looking to purchase a voice response system, for a small credit union that’s going to cost $25-50,000 to install the equipment, he estimates. Plus, the credit union would need to have multiple phone lines people can call in on.

“I can do the same things on the Amazon Echo, and the member actually buys the device, connects to the internet – so it’s a very low cost to the credit union to bring that solution to the members, and then since it’s internet-based, the ongoing cost is next to nothing,” Bilke explains.