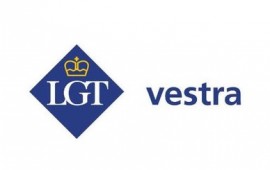 Figaro will continue to support front, middle and back office operations of the UK and Jersey-based wealth manager.

The company was known as Vestra Wealth until recently. In March this year it was acquired by a Liechtenstein-based private banking and asset management group, LGT, and is now known as LGT Vestra. It employs 230 staff in London, Bristol and Jersey.

Figaro was installed at LGT Vestra back in 2008. The system has been recently upgraded, bringing “a whole raft of enhancements including improved reporting of client portfolio performance and the latest changes for regulatory compliance,” says JHC.

The upgrade is part of LGT Vestra’s plans to enhance its digital footprint, the vendor adds. This includes developing “an enhanced client portal”.

A couple of years ago, LGT Vestra embarked on a technology modernisation project with another UK-based specialist software provider, Third Financial. It was going to implement Third Financial’s flagship platform, Tercero, and was one of the vendor’s larger clients.

However, the project was scrapped last year and while LGT Vestra was pondering its future IT strategy it extended the licence for its legacy Figaro solution.

In October 2015, Ben Snee, managing partner at the firm, said the team was in the process of “assessing the technology capabilities in line with client requirements”.

JHC states there was “a detailed review of the supplier market”, following which LGT Vestra decided to keep Figaro as its core platform and JHC as its key technology supplier.

James Longstaff, IT director at LGT Vestra, comments: “We have made a strategic decision to continue to partner with JHC and its excellent Figaro product.” He goes on to say that “it is clear that JHC continues to invest in innovation” and its Figaro system has “rich functionality”.

LGT Vestra’s parent, LGT Group, is a major user of the Avaloq Banking Suite supplied by Swiss vendor Avaloq. It is currently implementing Avaloq’s system at its subsidiary in Austria. LGT Group anticipates that from 2019 onward, all of the international private banking and asset management group’s locations (with the exception of LGT Vestra) will be on the same system.