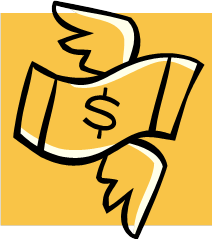 Japanese e-commerce giant Rakuten steadily has been expanding its presence in the U.S.—and the company’s recent filing for a money transmitter license in California could indicate ambitions for adding new financial services and P2P payments components to its U.S. platform. According to an update on pending license applications from the California Department of Business Oversight (DBO), a Rakuten affiliate filed for a money transmitter license on March 7, 2016. The entity, Rakuten Card USA, was launched in 2013 to market Rakuten-branded payment cards in the U.S. and currently offers a Rakuten rewards credit card issued by First Bankcard.

The filing with the DBO could mean that Rakuten is seeking to bolster the types of services it offers buyers and sellers on the company’s flagship online marketplace, notes Todd Ablowitz, president, Double Diamond Group. “Rakuten could be trying to build on their e-commerce ecosystem to create a financial ecosystem,” Ablowitz tells Paybefore. A money transmitter license would enable Rakuten to offers its buyers and sellers on its marketplace the ability to transmit money outside of a sale transaction—funds that could then be transferred out of the Rakuten ecosystem, notes Ablowitz. “If Rakuten wants to facilitate money transfers between users when no good or service is being exchanged, they’re getting closer to being a money transmitter and needing to be licensed,” he explains. Many of the biggest names in e-commerce, including Rakuten’s main online marketplace competitor, Amazon, have money transmitter licenses. And China-based Alibaba—another Asian company looking to expand its U.S. presence—received a money transmitter license in Washington state last year.

Rakuten’s application in California is pending, but even if and when it’s granted, the company faces a long road to being fully licensed to facilitate money transfers throughout the U.S. In addition to California, 47 other states require money transmitter licenses, with licensing requirements and costs varying from state to state.