More banks get on the Ripple bandwagon

A host of major banks have adopted Ripple to improve their cross-border payments, the vendor says, and many have completed trial blockchain projects.

“Using blockchain technology, ATB Financial became the first financial institution in Canada to complete an overseas payment in a matter of seconds,” says Curtis Stange, ATB’s chief strategy and operations officer. “Without blockchain, that transaction would have taken two to six business days.”

Ramana Kumar, MD and head of global transaction business and product management at NBAD, says that Ripple will enable the bank’s clients “to access a wider network more efficiently and with full visibility and transparency”.

Ripple CEO and co-founder Chris Larsen states that a tipping point – where banks are actually applying the technology beyond experimentation – has now been reached.

And “while the use cases vary by geography and business objective”, the vendor is adamant that “the majority of these financial institutions have successfully transferred actual money via Ripple, and all are aiming to implement the technology in commercial production”.

Paolo Cederle, CEO of UniCredit Business Integrated Solutions, echoes the sentiment. “We’re committed to moving beyond the lab and testing environments,” he states. “ We are one of the first major banks to implement distributed financial technology in a commercial setting.”

Ripple claims to be “the only provider of enterprise blockchain solutions”.

Banks, vendors and Ripple: who is doing what

Volante Technologies has launched a new solution – as part of its VolPay Foundation payments platform – for integration with Ripple’s distributed ledger technology.

Canada-based Expertus Technologies is piloting a programme for financial institutions that want to test the capabilities of blockchain and Ripple’s technology.

Cross-border payments and ACH operator Earthport has launched a distributed ledger hub earlier this year – a service that provides connectivity to Ripple.

Santander has introduced blockchain for international payments through a new app, with the technology underpinning the app provided by Ripple.

Japan-based SBI Holdings created a joint venture with Ripple to expand the latter into the Asian market.

Blockchain: how it works 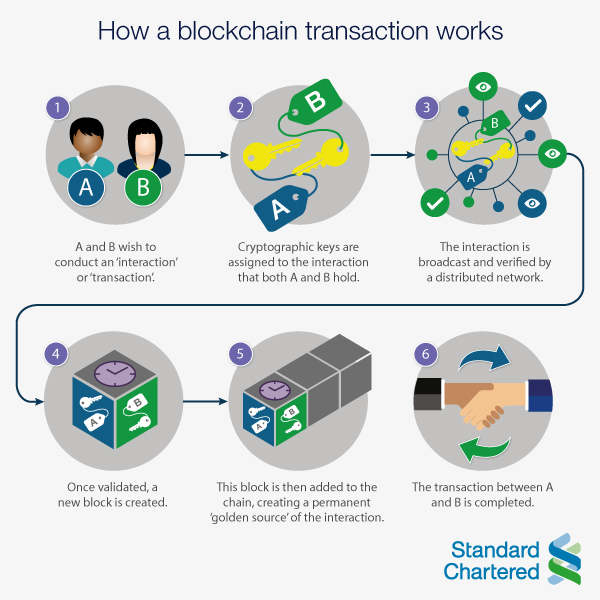