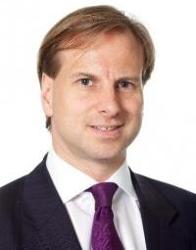 Regulatory reporting software vendor, Lombard Risk, has revealed a loss before tax of £2.2 million in its fiscal year 2015/2016.

The loss, for the period ended 31 March 2016, is a contrast to last year’s profit of £2.3 million. As a result of the loss it has suspended its final dividend payment.

Adjusted EBITDA (earnings before interest, taxes, depreciation, and amortisation) also decreased – from £4.6 million in 2015 to £2.1 million.

Alastair Brown, CEO at Lombard Risk, says the year saw “tremendous development” due to “major changes” to its leadership team; a new brand and website launched; and its new regulatory reporting solution AgileReporter.

Brown adds that the loss is “primarily” the result of “one-off” costs – including “impairment of software no longer marketed” as well as the impact of the changes above.

In its outlook for the year, Lombard Risk’s board says it “does not see any slowdown in the pace of regulatory change”; and expects clients and “target customers” to buy its products.

Bank of Cyprus UK also selected AgileReporter to replace Hitec Labs’ PolicyHub. The bank says it wanted to “improve” on its existing solution which required a number of supplementary manual processes to deliver its reports.