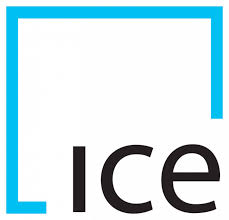 ICE out… for now

In March, ICE had said it was considering making a rival bid for LSE – setting up a potential takeover battle with Deutsche Börse.

That never happened as a few weeks later in March Deutsche Börse and LSE reached agreement on the terms of an all-share merger of “equals”.

ICE has now released an official statement concerning the matter.

It says: “Following due diligence on the information made available, ICE determined that there was insufficient engagement to confirm the potential market and shareholder benefits of a strategic combination. Therefore, ICE has confirmed that it has no current intention to make an offer for LSE.”

But there is a caveat.

ICE adds: “For the purposes of Rule 2.8 of the Code, ICE reserves the right to make or participate in an offer for LSE (and/or take any other actions which would otherwise be restricted under Rule 2.8 of the Code) within the next six months following the date of this announcement with the consent of the Panel on Takeovers and Mergers (the ‘Panel’) or:

“With the agreement or recommendation of the Board of LSE, where the offer announced by LSE and Deutsche Börse AG on March 16, 2016 has been withdrawn or has lapsed and, prior to such withdrawal or lapse, neither ICE nor any person acting in concert with ICE has acquired an interest in any shares of LSE.”

Xavier Rolet, CEO of LSE, says the merger will “accelerate growth” and its “shareholders will also benefit from substantial cost and revenue synergies”. With the merger going ahead, Rolet has promised to leave LSE.