With news on blockchain and bitcoin appearing thick and fast, here’s a round-up of key events to save you time. 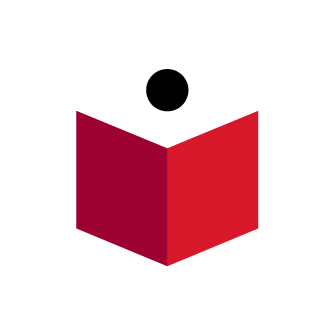 The Swift Institute has published new research on the practical application of blockchain (or mutual distributed ledger) in securities markets.

The paper, “The Impact and Potential of Blockchain on the Securities Transaction Lifecycle”, is based on interviews and focus group meetings with individuals from 75 organisations working in technology and post-trade processing. The research is authored by a group of academics from Loughborough University and Z/Yen Group.

In short, it finds that while blockchain can “transform the industry”, getting the full benefits means a “board level buy-in to a substantial commitment of time and resource, and active regulatory support for reform of business processes, with relatively little short term payoff”.

The Swift Institute says the application of mutual distributed ledgers could “substantially reduce” the $40 billion per year of costs; but warns of the “danger of building unrealistic expectations” about how the technology on its own will “address the co-ordinated change of business processes both within and between firms”.

The research’s principal finding is the full application of blockchain will require “substantial re-engineering of business processes across multiple securities market firms”.

Deloitte is developing 20 blockchain-related prototypes that cover a multitude of uses such as digital identity, digital banking, cross-border payments, and loyalty and rewards, as well as in the investment management and insurance sectors.

The collaboration is not restricted to the US, but across “key geographies as well”; and each firm provides a “distinct capability or technology”.

BlockCypher is a cloud blockchain provider; Bloq provides enterprise grade blockchain solutions; ConsenSys is a production studio building decentralised applications and various developer and end-user tools for blockchain ecosystems; Loyyal is a universal loyalty and rewards platform using blockchain and smart contract technology; and Stellar.org connects financial institutions, payments systems and people so “anyone can send money to anyone else”.

The world of bitcoin enjoyed (or suffered) some mystery and revelation when Australian entrepreneur Craig Wright claimed to be bitcoin’s creator Satoshi Nakamoto.

There had been years of speculation about who came up with the original ideas back in 2009 and Wright provided technical proof to back up his claim.

Opinion was divided. Some bitcoin community members confirmed his claims, but many others asked for more evidence.

To cut a very long story short, Wright did provide a demonstration to the BBC, and said: “I was the main part of it, but other people helped me.”

After intense media scrutiny, he backtracked and said he would not provide further proof to back up his claim.

“But, as the events of this week unfolded and I prepared to publish the proof of access to the earliest keys, I broke. I do not have the courage.”

He felt his “character” had been attacked and apologised to those who supported him.

So after a lot of drama we are none the wiser as to whether Wright is the creator of bitcoin or not.