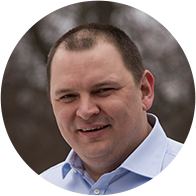 Swedish bitcoin firm KnCMiner has filed for bankruptcy due to impending taxes and market uncertainty.

Sam Cole, CEO at KnCMiner, says 44% of its income goes to energy taxes and there have been doubts about the future of the bitcoin mining market.

In an interview with Swedish website Breakit.se, Cole says: “We knew there were risks of doing it here in Sweden. We were aiming towards the clouds, not on building a mediocre midsize business.”

He adds that the venture “has not paid off”.

The news is a surprise as the firm had just emerged victorious in a lawsuit. The class action alleged that KnCMiner “sold defective and underperforming miners, materially breached contracts, and knowingly used deceptive marketing tactics to sell their products”.

KnCMiner has other activities unaffected by the bankruptcy declaration. XBT Provider, a subsidiary of the KnC Group, announced last year the launch of Bitcoin Tracker EUR, a bitcoin-based security denominated in euro.

Mining operations will be closed by 10 July and a total of 34 employees will be affected.