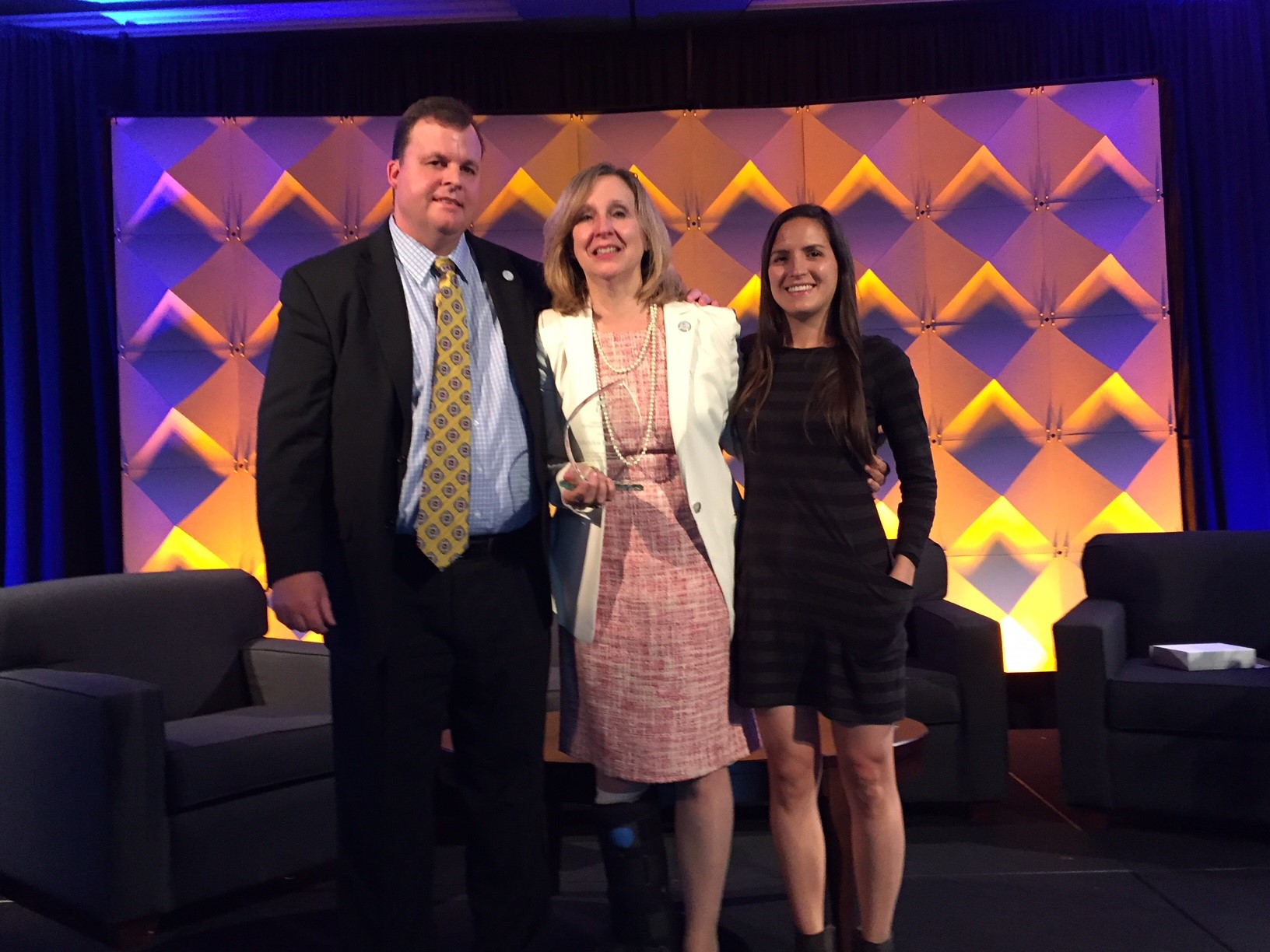 At the opening day of the Power of Prepaid in Washington, D.C., the NBPCA recognized Marilyn Bochicchio as the recipient of the second annual Terrence P. Maher Prepaid Influencer Award. The former Paybefore CEO, now founder and CEO of communications firm Hidden Brain, is an industry veteran and a founding member of the NBPCA.

“Marilyn has spent more than a decade bringing constituents together, building the greater prepaid community, guiding industry messaging and publishing the foremost content about prepaid and emerging payments,” Brad Fauss, president and CEO, NBPCA, tells Paybefore. “She took the helm of the NBPCA near its infancy and helped forge it into an influential advocacy organization that not only promotes the industry to lawmakers, regulators and consumer groups, but also ensures that its members uphold the highest standards of excellence. When she moved to Paybefore, she continued to have a seat on the NBPCA board, where she remains today, bringing her unwavering commitment and years of payments experience to bear on the challenges and opportunities facing the industry.”

The award was created in honor of Terry Maher, who passed away in 2014, and who was a renowned industry expert in electronic financial services. Maher was an active member of the prepaid industry, serving as counsel to the NBPCA and partner with law firm Baird Holm LLP. The award recognizes one individual for dedication and passion in driving the prepaid industry forward.

“It is quite fitting that this year’s Terry Maher Prepaid Influencer Award should go to one of Terry’s long-time collaborators and friends,” Fauss says. “Like Terry, Marilyn has tirelessly worked to advance the industry by bringing the industry together, promoting accurate stories about prepaid to a wider audience, and helping educate regulators and lawmakers in the process. Without her significant contributions, I don’t believe that prepaid cards would have become the mainstream financial products that they are today.”

The recognition took Bochicchio by surprise because she was asked to speak about Terry before she was revealed as the winner. “Terry had an attitude toward the industry that his job was to provide service … and all of us benefited tremendously from that,” Bochicchio said. “I’m a better person because I knew Terry Maher, and the person who gets this award has very big shoes to fill—not only Terry’s but also the shoes of the first winner of the award John Hagy.”

When she accepted the honor, Bochicchio added: “I do share Terry’s love for this industry. This is so meaningful. Thank you.”