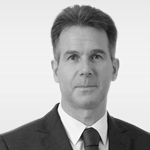 Pascal Xatart, president of Calypso, says the deal means the “arrival of a new investor base” which will support its “growth ambitions”.

The vendor has been owned by its founders since its inception in 1997, and the rumours about its sale have circulated in the market more than once over the years.

Calypso was set up by the developers of Infinity Financial Technology (those with longer memories might recall this US provider of trading and risk management software). Infinity was sold to Sungard in the late 1990s for $390 million, only for its product to be discontinued less than two years later.

The tale at the time was that at closer inspection the product turned out to comprise hundreds of spreadsheets.

The ex-Infinity developers, meanwhile, used some of the funds from the sale to set up their next venture, Calypso.

Today, Calypso has over 700 employees and operates a network of 22 offices in 19 countries. Among its customers are central banks, trading venues and commercially owned banks.

Xavier Robert, partner responsible for Bridgepoint’s investments in the media and technology sector, says Calypso has been able to handle the “constant pressure on financial institutions to improve risk management and return on capital, while at the same time managing margins and increased regulation”.

The transaction is subject to standard competition authority clearances. Debt for the transaction was provided by Goldman Sachs, UniCredit, Crédit Agricole, Mizuho and Bank of Ireland.

It signed its first client agreement in the Philippines with China Banking Corporation (China Bank). Calypso will replace the bank’s legacy treasury system – Misys’ FusionCapital Kondor – with its front-to-back trade processing solution. Calypso will also be interfaced to China Bank’s main core system, Infosys’ Finacle (the bank signed for it in 2012).

Calypso also developed “an industrialised blueprint for reducing complexity and cost in banks”. Its Bank-in-a-Box was developed in collaboration with a group of global banks to consolidate and document their processes and systems in the face of market and regulatory changes.