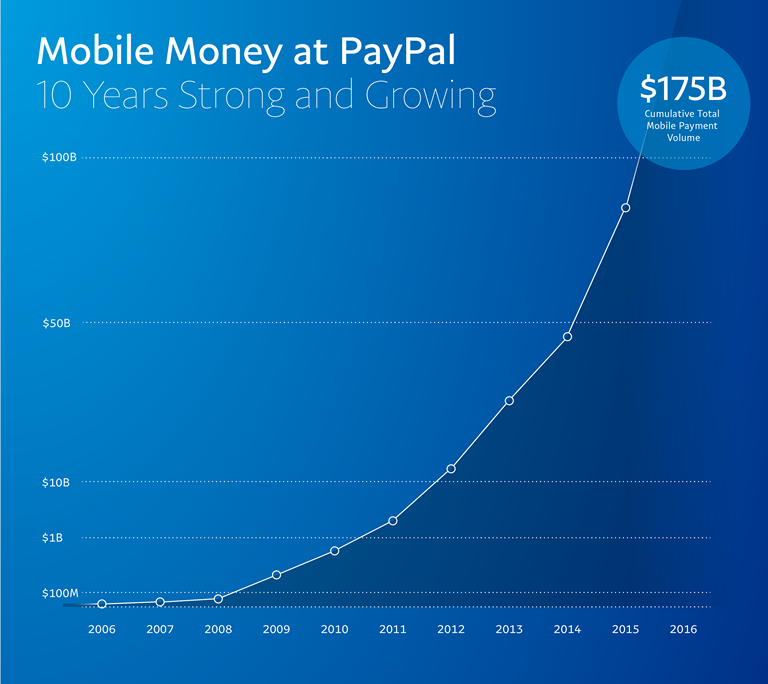 The mobile payments boom of the past decade is due largely to the release of Apple’s iPhone in 2007, along with the App Store a year later and Google Play in 2012, noted Bill Ready, senior vice president, global product and engineering, PayPal, who penned the blog post. More recently, the rise of “next-gen” mobile apps like Uber and Airbnb have changed the way people use their smartphones in the transportation and accommodation industries, he added. Concurrent with those developments, PayPal has grown its mobile footprint with moves like the 2013 acquisition of mobile-focused payments processor Braintree. That deal brought popular P2P money transfer service Venmo under PayPal’s umbrella; in January, Venmo processed a record $1 billion in payments, 250 percent more than a year earlier. The company also has acquired mobile payments service Paydiant, remittance provider Xoom and contextual commerce specialist Modest—along with continuing to build out its own in-house mobile initiatives, like One Touch, which helps speed checkout when making mobile purchases.

Despite the rapid growth of mobile, it remains just a “tiny fraction” of all commerce, noted Ready, who sees plenty of potential for more mobile payments growth—especially in financially underserved markets. “Mobile is breaking down barriers and has the power to help drive financial inclusion globally,” he noted. “Mobile will lead to more change in commerce over the next decade than we’ve seen in the last hundred years and PayPal will continue to lead this revolution.”