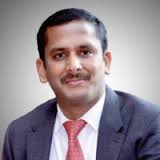 Gopi Krishnan, CIO at QIB, describes the implementation as the “fastest and most complex transformation programme in the Middle East region in the recent past”.

Despite this, it actually was a difficult project with a failed first attempt.

The go-live is part of a five-year transformation programme with the core banking replacement project as the first phase.

The intended go-live date had been September 2015 with middleware and all related applications also being overhauled. (Once this is all in place, the bank will look to fully exploit its data management in the second phase.)

Back in 2015, the former CIO of QIB, Ghazi Qarout, said: “We are building the future of the bank.”

(Qarout left QIB in April 2015 after two years in the role. He is now the founder and CEO of Sensteq DMCC, a business consultancy firm, in Dubai.)

The bank had originally chosen T24 in 2010, but “all attempts to implement the system failed,” Qarout said, adding that this was before he joined the bank.

Qarout had been head of IT at another Temenos customer, Al Hilal Bank in Saudi Arabia, from 2010 to 2013, so he had experience of implementing T24.

When Qarout joined QIB in 2013, “I had the chance to keep T24, replace it or upgrade the legacy system”, he explained.

What allowed QIB to stick with T24 was Qarout’s belief that the system had improved since QIB first took it.

Between release 8 of T24 and release 14, “the quality of Islamic products in particular has improved”, he said, adding “all gaps we had to address at my previous bank are now in the core”.

To cut a long story short, Qarout is long gone.

Back in 2015, a new round of negotiations with the supplier took place, and decisions about module selection were taken again.

One notable decision at that stage was for QIB to work directly with Temenos rather than a third party integrator.

The supplier was keen to push projects towards its partner network but QIB stood firm on this point, although Deloitte and banking IT services provider Sofgen were involved in smaller roles.

Along with those two companies, others were mentioned and thanked by QIB for their work on the go-live.