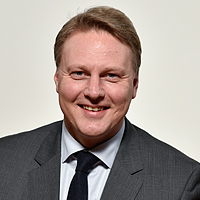 DNB will close more than half its branch offices and lay off 600 employees as the rise of digital banking takes its toll on the physical world.

The Norwegian bank says “almost all” of its customers have become digital and points to the success of its Vipps app – the number one downloaded app in the country and the “first” peer-to-peer (P2P) mobile payment solution in Norway.

Group executive vice-president Trond Bentestuen, head of personal banking Norway at DNB, says: “When customers change their banking habits, we must follow suit. Developments over the last two years have shown that customers have more contact with us than before, but in completely different ways.”

Bentestuen says the bank will reduce the number of branches from 116 to 57 during the first six months of this year. Changes are also being made in the corporate market, from 63 to 46 locations.

DNB says it will still have branches in all counties in Norway and adds that “most customers, who live close to a branch which will be closed, will have less than thirty minutes to drive to their nearest DNB branch”.

The announcement by DNB has generated some anger in Norway.

Finansforbundet (Financial Services Union – a trade union for all employees in the financial sector) says DNB and its major shareholder, the Norwegian state, are acting unreasonably.

Pål Adrian Hellman, leader of Finansforbundet, says: “I had expected more from the state as an owner, than being eager to simply get more dividends out of DNB.”

Hellman adds: “I understand that new technology leads to a reduced need for employees and local offices, but laying off 600 employees so suddenly is irresponsible.”

DNB is not alone in Norway for shutting down branches.

Sparebanken Vest, based in Bergen, will also close “dozens” of branches and lay off up to 200 employees.