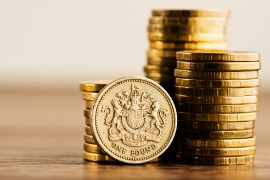 Two online lending platforms – Spotcap and Credibly – have separately raised a total of £71.8 million in capital facilities, lending support to the sector’s prospects in the eyes of investors.

Berlin-based, online lending platform Spotcap has raised €31.5 million (£23.8 million) in new funding led by international private equity firm, Finstar Financial Group, with participation from previous investor Holtzbrinck Ventures. Spotcap intends to use the funds to expand its operations globally and to finance its online business lending activities in Spain, the Netherlands, and Australia.

This is Spotcap’s third successful round of financing in 18 months. The financial technology company previously raised €13 million in funding from a group of investors, including Rocket Internet, Access Industries and Holtzbrinck Ventures as well as €5 million in debt capital from Kreos Capital.

Credibly, which also uses technology to support small businesses accessing capital, has established a US$70 million (£48.6 million) credit facility with SunTrust Bank and AloStar Bank of Commerce, a specialty provider of asset-based loans. SunTrust served as the structuring and administrative agent, committing US$50 million, with AloStar coming in as the first participant with a US$20 million commitment. The terms of the deal allow for flexibility to increase the committed amount by another US$30 million.

The online lending platform offers a range of short- and long-term capital to support a range of small and medium busineses. So far it claims to have provided access to capital for more than 4,500 businesses in over 300 industries, increasing its revenue by 100% over the last year.