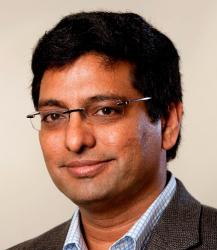 The agreement is the beginning of Mizuho’s programme to use blockchain for building new work processes for transactions and digital interactions.

This engagement will initially focus on New York and Tokyo, where most Mizuho group companies are based.

Toshitsugu Okabe, deputy president and executive officer of Mizuho Financial Group, says it is “among the early adopters of blockchain technology in Japan” and wants to use it to “make the group’s processes and workflows faster and more efficient”.

Prasad Chintamaneni, president, banking and financial services at Cognizant, describes the blockchain technology as “a game-changer for the financial services industry” and emphasises that his company is going “beyond cryptocurrencies into newer areas such as smart contracts and P2P transactions”.

Mizuho Financial Group has approximately 55,000 staff working across 900 offices inside and outside Japan, and total assets of over $1.5 trillion (as of March 2015). Under the umbrella of the holding company Mizuho Financial Group, its major group companies include Mizuho Bank (MHBK), Mizuho Trust & Banking (MHTB) and Mizuho Securities (MHSC).

If you haven’t had enough of blockchain by now, then in October 2015, Tony Virdi, VP and head of banking & financial services in the UK & Ireland at Cognizant, wrote about “Understanding blockchain and the opportunity for financial institutions”.