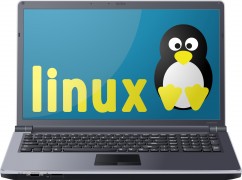 The Linux Foundation, a non-profit organisation geared to promoting open source technology has announced 30 members from across the finance and technology industries have joined its new Hyperledger Project.

Since announcing the intent to form in December, the Hyperledger Project has received proposed code and technology contributions from several companies, including Blockstream, Digital Asset, IBM and Ripple. Other community members are contemplating contributions of their own.

Technical contributions are welcome at any time and are reviewed by the newly formed Technical Steering Committee (TSC), which is comprised of technical experts. The TSC’s role is to support open and transparent discussion, processes and decision-making. This group will oversee the project’s technical direction and working groups as well as manage multiple contributions to the code base. The TSC will be evaluating proposed contributions and go through an open community process to build out the initial and unified codebase.

The Hyperledger Project is a collaborative effort to focus on an open platform that will satisfy a variety of use cases across multiple industries to streamline business processes. Peer-to-peer in nature, distributed ledger technology is shared, transparent and decentralised, making it useful for application in finance and banking.

By creating a cross-industry open standard for distributed ledgers, virtually any digital exchange with value, such as real estate contracts, energy trades, marriage licenses, can potentially be securely and cost-effectively tracked and traded.