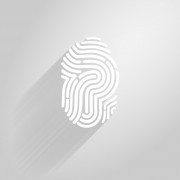 Fifth Third Bank is introducing Touch ID biometric capabilities to its mobile banking app for the iPhone. Touch ID allows fingerprint authentication for enabled devices, letting customers log into their Fifth Third app with their fingers or thumbs instead of a password.

The Bank’s fast mobile app allows people to check balances, transfer funds and set up alerts. Two years ago Fifth Third created a system to check balances without needing to log in. Fifth Third Bank reports that is added Touch ID as a response to its customers’ requests.

Fifth Third consumers are using the services from mobile banking, such as alerts, which increased 144 percent from 2014 to 2015, with 13.9 million alerts sent last year.

In December of 2015, nearly one-fifth of all Fifth Third consumer deposits were made via mobile, an increase of 36 percent over December of 2014. The most frequently used mobile services for Fifth Third Bank are checking balances and activity, transferring money and depositing checks.