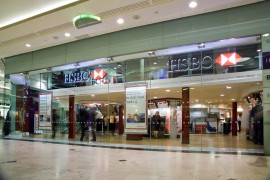 Cognitive computing specialist CustomerMatrix, a co-founder of forum Cognitive Computing Consortium, has closed US$10.5 million in Series-B funding. The investment, one in a series of investments in artificial intelligence-like technologies in 2016, was led by HSBC, with participation from Aster Capital, and existing investors Newfund and True Global Ventures.

CustomerMatrix, which offers a predictive engine called the CustomerMatrix Cognitive Computing platform, which gives relationship managers simple blind scores and reports as well as pushing tailored, ranked and actionable next steps to them so they can quickly capture new revenue.

The firm reports that existing customers have been able to accelerate revenue opportunities by between 10 and 30 percent, so a global bank department of US$5 billion in net banking income the platform could yield $80 to US$200 million in improvements.

In November 2015 a report from analysts at Bank of America Merrill Lynch reported that artificial intelligence technologies has seen US$17 billion in investments since 2009 with over US$2 billion invested in 322 companies with AI-like or AI-based technologies in 2014.

The BAML analyst primer cited a report from McKinsey which said that AI will revolutionise knowledge work automation – the use of computers to perform tasks that rely on “complex analyses, subtle judgments, and creative problem solving”, thanks to advances in the underlying technology such as processor speeds and memory capacity, machine learning models, and natural user interfaces which include as speech recognition technology.

Consultancy Deloitte has reported that Google’s voice recognition technology improved from 84% in 2012 to 98% in 2014, while the accuracy of computer vision has increased four-fold since 2010 or example Facebook’s DeepFace technology achieving 97% in 2014, and IBM’s Watson is now 2,400% ‘smarter’ than when it won Jeopardy in 2011.

CustomerMatrix estimates the cognitive intelligence market will be worth US$13.7 billion by 2020.