Study: more than half of US cards are EMV, but acceptance issues linger 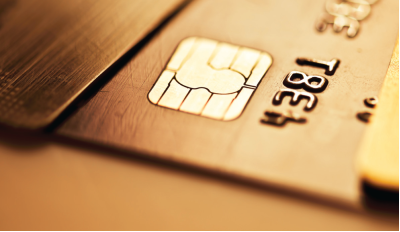 More than half, or 52%, of US credit and debit cards have EMV chips in them, according to a new estimate from m-POS provider CardFlight.

After 1 October, liability for fraudulent card transactions generally shifted to merchants and acquirers that hadn’t installed terminals and software to accept the chip cards, which, unlike magnetic stripe cards, use one-time codes that are more difficult for thieves to copy or counterfeit.

CardFlight, which based its figures on more than 100,000 transactions it processed between 15 October 15 and 4 December, says the US EMV card base increased 5% in November compared with October, and that EMV card issuance increases about 1% per week.

Still, the shift to chip cards in the US will take more time. “The biggest hurdle right now is the lack of merchant acceptance,” says Derek Webster, CardFlight CEO and founder. “The data in this study sheds light on the cardholder side of the equation, but many merchants still have terminals without EMV chip capabilities. Even for merchants with ‘EMV-ready’ terminals, many still can’t accept chip cards, as they are awaiting certified software upgrades.”

The report also shows by geography, Hawaii (63%), Florida and New York (59% each) lead in EMV, when judging by the percentage of chip cards presented to merchants. However, Webster couldn’t fully explain that finding. “Having more customers with foreign-issued chip cards in those states could be a factor, but likely not enough to explain,” he says. “We don’t know for certain, but we suspect that customers in those states might be more likely to use cards from large national and global banks, who have been more aggressive with proactive EMV chip card issuance.”

Another small mystery involves the products consumers buy when using their chip cards. CardFlight finds that 73% of cards presented for sporting goods purchases contain contained chips during the 15 October to 4 December period, leading other product categories. That compares with 72% of transactions involving parking fees at meters, lots and garages, and 65% of transportation transactions. By contrast, 33% of women’s clothing purchases during the period, along with 33% of bakery transactions and 26% of fast food purchases involved EMV chip cards.

CardFlight estimates that by the end of 2017, 98% of US credit and debit cards will have EMV chips.