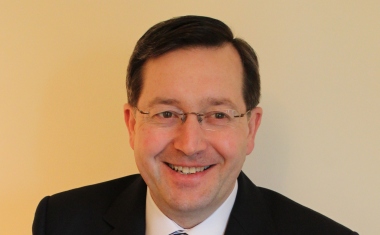 2015 has been a year of extensive discussion about what role blockchain can play in making processes in the financial services industry more efficient. It has also been a year where both banks and start-ups have been testing whether distributed ledger technology can adequately replace costly legacy systems and improve securities processing, writes Brian Collings. chief executive, Torstone Technology

Many in the industry believe that this disruptive technology has the potential to revolutionise the clearing and settlement of securities while others are of the view that current post-trade processes work well and that blockchain would be best applied to the more specific task of processing of derivatives or loans.

This article aims to explore the potential of blockchain whose attributes have been likened to those that have made disruptive companies in the consumer space such as Uber and Airbnb what they are today – collaborative, user friendly and simple.

While many in the financial industry are tempted to view blockchain as a kind of panacea, it in fact solves only one particular issue. Based on publicly shared database technology, it eliminates the need to have a central controlling entity responsible for safekeeping trading records. If there was to be industry-wide adoption of blockchain, the role of this controlling entity would be replaced by a decentralised ledger that no one single counterparty owns or controls.

Currently in the securities industry intermediaries operating across the trade lifecycle need to keep records of their own activities and data, be that transactions or settlement instructions, reconcile them on a daily or a real-time basis and report them back to their client. This may be a fund manager communicating with their pension fund client or the sending of a settlement instruction from the fund manager through to a central securities depository.

It is widely accepted, however, that these intermediaries are extremely efficient at what they do and add value to the processing of a securities trade. The question therefore is how could blockchain make the process more efficient? Supposedly, it would eliminate intermediaries by securely and transparently moving securities in a matter of seconds, with instant clearing and settlement upon trade execution, all taking place on the distributed ledger.

Perhaps most importantly, data and information related to these transactions stored on the distributed ledger would be unalterable. That leads us to believe that the true innovation of blockchain is, in fact, not only its groundbreaking ledger technology but its proof-of-work system, called mining. It is these so-called miners who check every transaction on an ongoing basis to ensure that the ledger has not been distorted and are incentivised for doing so, enabling users to have a single source of truth without a controlling entity.

However, due to the high level of transparency embedded into a distributed ledger, some industry participants have voiced concerns around the disclosure of sensitive, private data, especially when using blockchain in clearing and settlement. The purpose of a CCP is to centrally manage a trading firm’s risk to its trading counterparty – it is unlikely that firms would want this type of data visible to the rest of the market. Likewise, a custodian would keep the details of a security that its asset manager client owns, acting as a Chinese wall. A way around this, however, would be to create a key, or a pseudonym which would represent the entity behind the transaction making the entire system trustworthy.

As with every disruptive technology, there is a fear of the unknown – indeed there are concerns that need to be addressed for blockchain to become adopted on a truly global basis. Considering the level of complexity and interconnectedness of financial markets, all global jurisdictions would have to agree on a common global framework to use blockchain. That could prove challenging to achieve as blockchain is virtually unregulated by design. However, a publicly available record of all accounts and transactions would allow for ease of monitoring by regulators and potentially eliminate the need for regulatory reporting.

Indeed, there are benefits to the use of blockchain and it has the potential to revolutionise the securities markets but it’s also true to say that we have a tendency to overestimate the short term effects of technology and underestimate the long term effects. At the moment, blockchain seems to create more questions for the markets than it answers, but does it make sense to be Blockchain Ready?