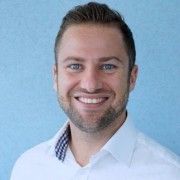 Kendall: blockchain has a role in physical markets

An initial 15 participants representing commodity exchanges, investment banks, clearing houses and brokers will meet in London tomorrow to discuss the ‘merits and challenges’ of collaborating on a blockchain initiative.

Kynetix says that the project follows on from a white paper, 7 Ways Blockchain Technology Could Disrupt the Post-Trade Ecosystem, written by its chief executive Paul Smyth. Specifically, the company is focused on an opportunity it has identified to apply blockchain within the commodity markets, as a means of addressing challenges of title ownership and transfer.

“Our aim is to bridge the gap between the physical economy, the financial markets and blockchain technology in order to help the participants of the consortium explore and define the key areas where blockchain could be applied to this very unique physical marketplace,” said Guillaume Kendall, head of busness development at Kynetix.

Other efforts to understand the potential of blockchain are also underway. In September, nine major global investment banks formed a partnership to explore the potential of distributed ledger technology in capital markets. The project, led by financial technology company R3, aims to create early standards for the emerging technology that will make it easier and more efficient as it grows.