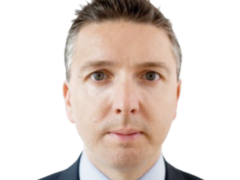 Retail banks often claim that customer service is their primary focus, but 75% of them believe they haven’t concentrated efforts on improving it. Instead, annual reports focus on the financial results. Whether these opposing facts can be reconciled remains to be seen, according to a new whitepaper by bank technology vendor Misys.

In the paper, Sales or customer focused – banks’ evolution to customer-driven sales, Misys points out that since Generation Y consumers are less loyal than older customers, and since new non-traditional financial services providers are entering the market, banks are going to have to fight harder than ever for the customer relationship – or risk becoming a utility.

“To achieve true customer-centricity beyond lip service, banks need to rethink their entire interaction model from the customer’s perspective,” said Martin Haering, chief marking officer at Misys. We know that predictive analytics, next-gen digital channels and customisable products are some of the tools banks can use to do this- but they will need to go much further. To succeed banks will need to think outside-in – completely re-engineering the bank around the customer.”

“Arguably, if customers were using digital channels effectively, they would be ‘buying’ more products and services,” said Mysis. “The fact that few sales are conducted via digital could imply that customer needs are not being met.”

One example suggested by the report is that the initial round of digitalisation of retail banking services essentially mirrored banks’ internal core systems to customers online. The services available were limited and focused on saving costs for the bank. The ability to conduct virtually all banking services via digital channels should have been the aim, yet many institutions are still falling ‘woefully short’.

“Institutions in all parts of the financial services sector must digitalise,” said Alex Kwiatkowski, senior strategist, banking, Misys. “Their very survival depends upon doing so without hesitation or limitation. Only those firms who digitalise from front to back will make sufficient progress to remain or become the market leaders of tomorrow.”

The factors supporting this shift include the declining cost of data, the rising proportion of millennials in the workforce, and the rise of retailers and internet giants. For example, Apple Pay has made a dent in the payments market, but other mobile payments services also exist. One in three millennials believe they won’t need a bank in the next five years; banks that don’t provide a service on par with the likes of Google, Uber or Amazon leave their customers feeling let down.

Yet 41% of banks still place the branch as the top source of customer acquisition. Misys suggests that this demonstrates the opportunity that banks still have to gain new customers. The percentage of banks making more than 10% of sales via digital channels is forecast to jump from 13% today to 75% in three years’ time, based on the banks’ own predictions in the survey. More than a third of respondents also think that only one quarter of sales will continue to come through traditional channels by 2018.

“This research confirms that ‘second-generation’ digital banking, delivering relevant products and services across all channels, remains an aspiration rather than a reality,” said Vincent Bastid, chief executive at Efma. “As long as the customer experience remains largely transactional, neither the financial service provider nor the customer can reap the full benefit of digital banking.”