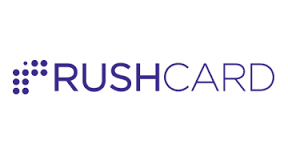 UniRush LLC last week disclosed a major service interruption with its RushCard GPR product that resulted in many of its customers experiencing difficulty using their cards and accessing funds over several days, prompting apologies from RushCard co-founder Russell Simmons and a four-month holiday from card fees that will run Nov. 1, 2015, through Feb. 29, 2016. The problem began last week, when UniRush set out to improve customer service by changing processors, according to the company.

“Unfortunately, the transition did not go as planned,” UniRush said Oct. 18 when announcing the details of its fee holiday, which it’s offering to make amends to customers. The fee holiday applies to Rush Unlimited and Pay As You Go plans, and is available to existing and new customers, UniRush said. RushCard Live and fees assessed by out-of-network ATM owners and other third-party providers are excluded from the fee holiday, the company said.

The glitch caused an avalanche of complaints from consumers on social media. UniRush also has used Facebook and Twitter to provide nearly hourly updates on the situation and continues to reassure customers it will fix any problems. RushCard’s recent technology transition caused many customers to be adversely affected, but the company has been working around the clock to fix the problems, said Rick Savard, UniRush CEO, in a statement. “At this time, our system is up and running and we are processing deposits and transactions,” he said, adding that while “a small number” of accounts may still be inactive, the company has set up command centers in New York and Cincinnati to provide further help to any affected customers.

Switching processors is a complex process and it could be difficult to determine what exactly went wrong, suggests Ben Jackson, a director at Mercator Advisory Group. “This incident probably will lead to companies thinking very carefully about whether or not they want to change processors, and what they are going to demand to ensure something like this doesn’t happen to them,” he notes.