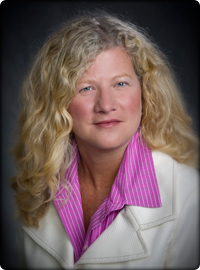 Hammonds will lead the five-year IT overhaul as COO

Deutsche Bank is to shed 9,000 full-time staff and 6,000 external contractor jobs in its global technology and operations infrastructure as it sets out to “modernise its outdated and fragmented IT architecture” and improve control systems.

The five-year technology overhaul is one of four strategic goals outlined by John Cryan, co-chief executive as the bank announced a third-quarter loss of €6 billion. Other goals will see the bank close operations in 10 countries – Argentina, Chile, Mexico, Peru, Uruguay, Denmark, Finland, Norway, Malta, and New Zealand – and move trading activities in Brazil to global and regional hubs as part of a new Global Markets and Corporate & Investment Banking structure.

Speaking at a press conference this morning, Crayn said that the overhaul of the IT and internal processes would increase efficiency at all levels of the bank, and was frank about the existing IT set-up. “About 80% of our 7,000 applications were outsourced to a multitude of vendors, design was basically done in silos and joint standards either hardly used or not used at all. The result is that our systems do not work together, they are cumbersome and often incompatible.” he said. “A figure that particularly worries me is that 35% of the hardware in our data centres is close to or beyond the end of its life-cycle. We have identified these challenges and will tackle them by making additional investments in data centres, which means, among other things that data centres will be consolidated, but by 2020 they will be state-of-the-art.”

The IT overhaul will be led by Kim Hammonds, currently global chief information officer and co-head of group technology and operations, who has been appointed chief operating officer, replacing Henry Ritchotte who will leave the management board at the end of the year end to set up a new digital bank for Deutsche. Hammonds, who joined Deutsche two years ago from Boeing, where she was chief information officer,  will also become a senior group director in the New Year in order to “acquire the relevant experience in credit assessment in accordance with the German Banking Act”. It is expected that she will join the management board within the year.

Reducing the complexity of the bank’s existing IT infrastructure will involve reducing the existing 45 operational systems to just four by 2020, quadrupling the bank’s use of private cloud systems to 80% and increasing virtualisation from 46% of applications to 95%. As a result, ‘run-the-bank’ costs will be reduced by €800 million.

A key aim is to improve the bank’s control systems where “insufficient controls and poor behaviour led to [an] enormous litigation burden” – in 2014 litigation costs were €1.6 billion, compared to €1.7 billion net profit, and so far this year have reached €4 billion. This will require “robust investment”, with Know-Your-Customer and Anti Money-Laundering infrastructure a priority, the banks says.

The wider cuts are expected to result in savings of €3.8 billion, with associated restructuring and severance costs of up to €3.5 billion. The bank also plans to dispose of assets with a total cost base of € 4 billion.

Deutsche will also half the number of clients Global Markets and CIB handle “especially in higher operating risk countries, given that approximately 30% of clients produce 80% of the revenues in these business divisions”.

The new Global Markets and CIB structure was announced last week. Under the new structure, current Corporate Banking & Securities division will be split into two business divisions: CIB will be created by moving corporate finance from CB&S into Global Transaction Banking – where Werner Steinmüller will remain in charge – while sales and trading activities will be combined in a new business division called Global Markets.