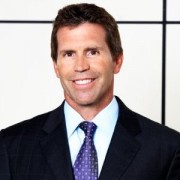 Nine major global investment banks have formed a partnership to explore the potential of distributed ledger technology in capital markets. The project, led by financial technology company R3, aims to create early standards for the emerging technology that will make it easier and more efficient as it grows.

Participating banks are Barclays, BBVA, Commonwealth Bank of Australia, Credit Suisse, JP Morgan, State Street, Royal Bank of Scotland and UBS and an unnamed ninth. The group will collaborate on research, experimentation, design, and engineering. The idea is to work within a collaborative lab environment or “sandbox” to test and validate distributed ledger prototypes and protocols, with the aim of eventually leading to proofs of concept and working products.

“The applications [of the distributed ledger] are huge,” said David Rutter, chief executive at R3 and former chief executive at ICAP electronic broking told Banking Technology. “Issuance for bonds, equities, commercial paper; settlement; helping futures commission merchants and the segregation of accounts, as well as Basel III compliance – these are all areas where there may be potential.”

Rutter said that the aim is to build an open-source ledger, which will meet the kinds of compliance standards required by the top-tier banks. While no such structure exists today, R3 hopes to create it. R3 and its bank partners are currently working to establish collaborative joint working groups to lead these efforts. Underlying the project is the belief that there is little point in one bank individually working to implement the blockchain, only for that to be duplicated at each institution separately. Instead, collaborating around a central point should help to make the whole process more efficient and cut out unnecessary waste.

“Bringing data from behind the firewalls and moving it to the cloud where it can be shared helps to encourage collaboration,” he said. “Being open-source is an important part of this project and all the major bank participants agree to that aspect. It won’t be finished within months but we can get consensus on the fabric layer, which is the basis for everything to follow. After that, you have to be realistic how long it will take, but the power of this community of banks will become increasingly apparent over time.”

The appeal of the distributed ledger is that it is a comprehensive system of record that is virtually indestructible, is automated and allows for tasks to be done in near-real time- a factor that has already been used by payments specialist Earthport, for example, which uses Ripple to allow almost instantaneous cross-border transactions.

“The collaborative model we’ve established with R3 and the other banks is a very effective way to deliver robust shared ledger solutions to the financial services sector,” said Kevin Hanley, director of design at Royal Bank of Scotland.  “Right now you’re seeing significant money and time being spent on exploration of these technologies in a fractured way that lacks the strategic, coordinated vision so critical to timely success.  The R3 model is changing the game.”