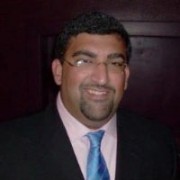 Ahmad: there is an opportunity for real time payments interoperability

The first draft announced today is the result of work by the ISO Real-Time Payments Group, made up of 50 global experts supported by Payments UK, which describes it as a “landmark” moment. Payments UK has been tasked with driving forward the project of developing the ISO 20022 messages required.

While the work of the RTPG is being reviewed across the industry, the group will be busy drafting the next set of ISO 20022 messages needed to support real-time payments. The group will be meeting again at Sibos Singapore on 12 to 15 October where they are expected to update the industry on their progress.

The effort appears to be supported by several international bodies. The Canadian Payments Association has welcomed the idea of a “truly global” ISO 20022 message to support faster or immediate payments.

“This international committee will drive greater efficiency in cross-border and domestic payments,” said Doug Kreviazuk, VP, Next Generation Clearing and Settlement at the Canadian Payments Association. “The resulting message set will be leveraged by the CPA in its own modernisation initiative to better meet the needs of those who depend upon Canada’s payments system.”

Meanwhile, others see the project as an opportunity to significantly change the way international payments work around the globe – particularly given that many countries and regions are implementing, or actively thinking about implementing, real-time retail payment systems. The argument is that the technical documentation on ISO 20022 is a crucial step in supporting these markets on their journey. The focus of the work is not merely on helping countries with their domestic implementation, it also has a large focus on interoperability between systems – a consistent set of standards will facilitate cross-border real-time payments in the future.

“The Clearing House supports the effort under way to harmonise ISO 20022 messaging standards for Real Time Payments,” said Irfan Ahmad, VP, product development and strategy, The Clearing House. “In the short-term we believe these efforts will have a tremendous industry impact with multi-national companies, who can use the same formats and procedures across their operations. In the long-term this effort provides the foundation for international interoperability among Real Time Payments systems. The Clearing House looks forward to continued participation in this effort with the international community.”

It is also supported by ACI Worldwide, which praised the initiative for the potential improvements that it represents.

“To create this first draft within such tight deadlines is a great achievement by the community and all stakeholders,” said Barry Kislingbury, senior principal solution consultant at ACI Worldwide. “By enabling the interoperability of domestic immediate payment schemes, ISO 20022 could lay the foundations for a global, interoperable, immediate payments environment – which is a very exciting prospect for us all, as consumers and members of the industry.”