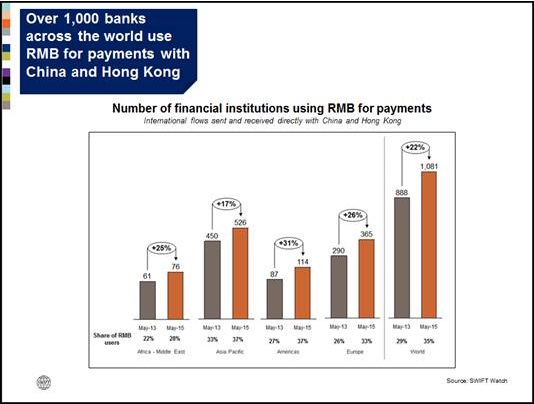 The Chinese renminbi regained ground internationally as more banks adopt the currency, propelling its position into the top five global payment currencies worldwide, according to the latest batch of data from Swift.

In January the RMB moved into the top five in the league of  international payments currencies, but dropped back to seventh place in February, partly for seasonal reasons at the time of the Chinese New Year.

“Every month we witness new proof of global RMB adoption”, said Michael Moon, head of payments, Asia Pacific, Swift. “The number of banks that use RMB for payments with China and Hong Kong is a key internationalisation indicator. This large number also shows that many banks, across the globe, may have an interest in connectivity to the China International Payment System that China will launch by end of the year”.