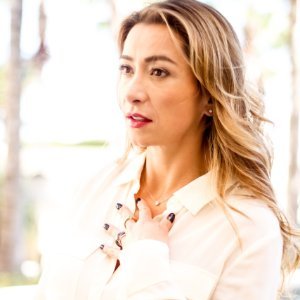 Prida Bay: Kitty10 will open up opportunities for people who previously had no access to credit

Mobile start-ups are changing the way customers interact with financial services around the world. Tier one banks know this, and are keen to get a piece of the action. This week, companies from EMEA demoed at the Citi mobile challenge in London in the final stage of an annual event that takes in hundreds of financial start-ups around the globe.

The Citi mobile challenge was started last year in Latin America, and has since grown to include the US and EMEA. The purpose of the event is to bring together some of the most promising new companies and entrepreneurs based on mobile financial services, pick the best of them to partner with the bank and bring these to market.

Participants receive Citi mobile banking API toolkits and branding guidelines on which to develop their applications and solutions. Finalists are selected by a panel of entrepreneurs, corporate representatives and technologists. According to Jorge Ruiz, business development and digital banking head for Citi in Latin America, there were over 700 applications for Citi’s mobile challenge in the US, which included 20 partners. In EMEA, there were 750 applications. This compares with around 150 in the original Latin American event.

“We’ve done events in Kenya, Israel, Poland and London,” said Ruiz. “This is all about disruptive innovation. We have already brought two companies to pilot and there are 10 more coming from EMEA. Some of the startup companies are standalone and can be launched in 90 days. Others will need longer – it depends on how much integration is needed, and whether it needs any adjustments to meet the legal requirements in its target country or countries.”

Of the 20 demos seen by Banking Technology, perhaps the most interesting was Kitty10, a company founded by Norah Prida Bay, who previously worked for Mexican national bank Banamex as well as Citi and VTB Capital. The company is based on an ancient women’s tradition in Spanish-speaking countries of saving for a large purchase.

“Let’s say Sarah finishes her education and needs £400 to buy a camera so she can start her own business,” said Prida Bay. “But she is not creditworthy because she has no credit history and has no reliable source of income. So she is rejected by the bank. This is where we can help. She gets together with three friends. They all save £100 a month and at the end of the month she takes the £400 to buy the camera. The next month, her friend Karen takes the money and the next Tanya and after that Bianca.  We take that old tradition and digitise it, putting the funds into an online kitty.”

For the Kitty10 user, the service is free. But the account used by Kitty10 to store the money is a Citi account. Prida Bay added that default rates for microfinance services are typically under 3%, whereas bank default rates are often higher.

Other companies demoing at the event included mobile security company Mistral Mobile, which focuses on carefully monitoring against user ID theft and SIM spoofing by checking the integrity of the application, the device, its usage and user behaviour, geo location, mobile network and communication channel. Mistral Mobile creates a score card which rates all of these factors and brings them together to work out whether the user has been hacked. For example, if a user changes the security settings on a mobile device to allow unknown applications to install themselves on the device, a warning will come up.

Ruiz: “this is all about disruptive innovation”

Startup company Tradewize is a social investing platform that aims to help investors to make better decisions by connecting them with a community of other investors. On the platform, each investor has an alias, which can be ‘followed’ in the same way as a Twitter profile. Each profile has a star rating, from one to five stars based on how successful their investments have been. Each profile contains information about what that user is investing in, whether they are buying or selling, and the return they made in the last 12 months. The user can see how many others are investing in the same stocks, and those users can be sorted by their star rating. It’s also possible to create bookmarks and watchlists, for example for a certain stock or for five-star investors only. Access follows a ‘freemium’ model in which users can sign up without paying but will eventually have to pay a ‘WhatsApp’ style low-cost fee to keep using it. The company also plans to build an investor relations page for corporates to connect with retail investors – a service which it will charge for. The third part of the business model is to sell the service as a white label offering through partnerships with brokers.

Some of the mobile applications had a personal financial management aspect. For example, Israeli company ReWise demoed a service that helps users keep track of their subscriptions to various services and warns them if they are paying for something they haven’t used. In the demo, a user was reminded that they had a gym membership costing $20 per month that they had never used, which was illustrated with a sad smiley face. However, the startup company also pointed out that in many countries the bank itself has a legal obligation to ensure cancellation is carried out, which can cost significant sums of money.

Avoka Europe had a similar idea, this time focused on applications that are abandoned before completion. The company claims that between 70-90% of customers that start an application on a site such as Citi’s loan application page will abandon the task before reaching the end. Its own solution is to make application forms easier to finish by taking their employment information straight from LinkedIn, saving them from having to enter it themselves – a process which is then repeated with other steps such as  utility bills, which are handled by Yodlee, as well as pulling up the user’s driving licence without the user having to type it all in. The idea is to cut the time needed to complete the application down to 60 seconds.

“Uber aren’t building taxis, they are just making it easier to get one,” said a spokesman for Avoka Europe. “By working with Citi we can make Citi the easier bank in the world to do business with. We don’t like forcing users to create a user name and account number just so they can apply, so we send them a code which they can use instead.”

Also present at the event were companies such as Dell Digital Business Services, which presented a ‘smart advisor’ service for the smartwatch which was all about helping busy executives to organise their time and make sure that they could make it to meetings; MasterCard, which also focused on authentication and wearables; BheavioSec, which focused on SDKs for android and Apple; Virtusa, which focused on helping a customer to beat the queues at their favourite coffee shop by pre-ordering and paying more quickly; and Iproov, which focused on camera-based face recognition technology used to authenticate the user.

Innovation-based competitions have become increasingly popular in financial services in recent years. Swift has played a significant role, through its Innotribe Startup Challenge, which runs annually in New York, London and Singapore. However, the lack of Spanish-speaking participants in that competition has also prompted a new event supported by Wayra, the Latin American and European startup funding firm owned by Telefonica.