Capital markets should get back to basics say securities experts 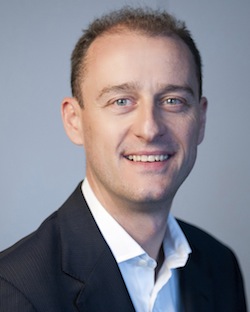 Philippe Carre: sensible long-term planning is preferable to change for the sake of change

The securities industry is suffering from “innovatism”, a serious disease that if untreated could result in significant damage by detracting attention away from genuine business growth. At the same time, commercial pressures could force radical change in several areas of the capital markets, according to panellists at a debate hosted by Mondo Visione this week.

“There’s this feeling we must always be innovating,” said Philippe Carre, global head of connectivity at SunGard. “That means there are constant changes in the order chain, the pre-trade, the order execution and the post-trade and settlement. It means a lot of changes are forced through, which takes focus away from thinking about where I should be going with my business.”

Europe’s capital markets have experienced a period of fragmentation since the European Commission introduced MiFID, a piece of legislation that stimulated exchange competition across the EU’s member states in 2007. At the same time, order sizes have decreased, and the proportion of high-frequency and algorithmic orders has risen dramatically. New kinds of venues, such as dark pools and broker crossing networks, have become commonplace, while in post-trade services, Europe has just changed to a T+2 settlement cycle in October. Alongside all of these changes, new regulation such as MiFID II and EMIR have changed the way European exchanges, brokers and asset managers interact with the market.

According to Carre, exchanges often attempt to introduce further tweaks and changes in a bid to be seen to be doing something – but recent studies have found that half of new products launched by exchanges never achieved any success, meaning they had no significant volume traded. The wasted effort, he suggested, might be better spend on building a more efficient market or improving long-term business plans.

Other panellists talked about the danger of exchanges being forced to become utilities, as trading volumes on alternative competitor platforms such as MTFs and dark pools eats away at the trading volumes on national markets. According to Peter Jessup, head of development for market technology systems at Nasdaq OMX, these pressures are causing exchanges to cut costs – but innovation can also be turned to the advantage of the large exchange groups. Meanwhile, more radical changes could also be in offing, as buy-side firms increasingly invest in their own technology and connectivity, such as home-built algorithms and smart order routing technology.

“We have 40 exchanges around the world using our technology,” he said. “Perhaps the next face of improvements is to focus on open access to the market. Why have we got intermediaries – brokers – in the market? That may change, and that would really cut costs. After all, the buy-side firms are the real players in the stock market.”

The emphasis on helping long-term investors such as large asset management firms was echoed by Rob Boardman, chief executive officer for EMEA at ITG, who pointed out that markets exist to support companies that need to raise capital. The needs of long-only investors are very different to the high-frequency traders and quantitative traders that account for a large portion of trading volumes, he said, adding that some sections of the capital markets, such as the SME sector, may be under-served.

“We need to remember what the market is for,” he said. “The buy-side wants to trade in large blocks, and that presents a lot of technical and regulatory challenges, because finding block liquidity seems to be getting harder and harder. Regulators are forcing flows onto venues where pre-trade transparency is mandatory, and I fear that we are creating a one size fits all market.”

However, perhaps the biggest change for securities markets is in the non-equity asset classes. The European Commission’s MiFID II directive expands the same principles of competition, transparency and clearing to other asset classes such as FX, derivatives and fixed income products – although the final details of which instruments are in scope remains to be determined.

“There’s an opportunity to rerun the 80s and 90s changes that happened in equities, in the OTC markets,” said Boardman. “Products such as corporate bonds, high-yield fixed income – these markets are being forced by the regulator to become more electronic. That would be hugely beneficial for the society as a whole and those markets.”