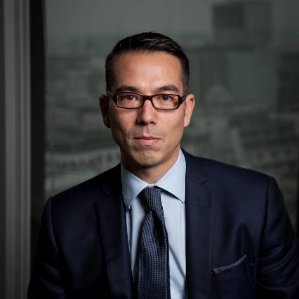 Banks and brokers in Europe are bracing themselves for ‘double witching day’ on Wednesday, in which two days’ worth of trades are expected to settle on a single day, as 25 European nations move to T+2 settlement for the first time.

Traditionally, settlement in much of Europe has been on a T+3 basis, meaning that trades settled three days after they were traded. However, France, Belgium, the Netherlands, Sweden, Finland, the UK and Ireland and 18 other countries decided to shorten their settlement cycle to T+2, beginning 6 October. Because trades from Friday will be T+3, but those from Monday will be T+2, both days settle on Wednesday.

According to Julien Kasparian, head of UK sales at BNP Paribas Securities Services, banks have been preparing for a surge in volumes for the last 12 months.

“We have been educating customers about the effect of this change: the reduced risk exposure, the reduction in open positions and the fewer margin calls,” he said. “We also warned them about the double volumes and potentially increased risk on Wednesday.”

Valérie Urbain, chief executive officer of pan-European post-trade operator Euroclear Belgium, France and Nederland, has previously warned that shorter settlement would “require some changes in market practice disciplines” such as pre-settlement matching, confirmation and affirmation of client transactions “as early as possible, ideally on trade date.” Martin Gregson, spokesman at Euroclear, added that the real question would be whether middle and back-office systems can keep track.

However, under the European Union’s impending CSDR regulation, all European central securities depositories will have to move to T+2 by 2016. That initiative is related to T2S, the European Central Bank project to build a single harmonised European settlement platform. According to Kasparian, these initiatives together with T+2 should help to reduce post-trade costs in Europe, bringing down the cost of margin calls by as much as 15-20%.

Typically, European post-trade costs have been higher compared to the US. Although MiFID in 2007 began a significant reduction of costs east of the Atlantic, Kasparian notes that many national differences remain, such as differing tax regimes in each country. The European Union also lacks a single common clearing house and CSD, unlike the US.

“It starts with T2S, “he said. “After that, asset servicing also needs a lot of effort. Things will change. I don’t know if European countries are able to align market conditions completely, for example local tax regimes. But more harmonisation of securities markets is beneficial for the market. The wealth level between the US and Europe is the same, so there is a lot of potential in Europe for further improvements.”