Work as one to rise above geopolitics, industry urged 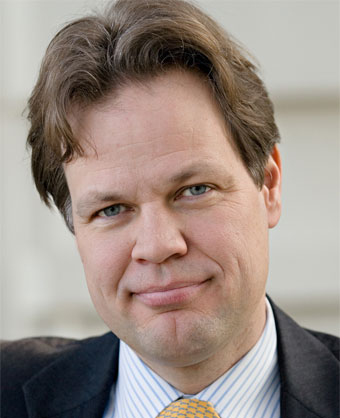 The financial industry must work with regulators, market infrastructures and among itself to address the major issues it faces.

Delivering the opening plenary address at Sibos, Jamie Forese, co-president of Citi and chief executive of Citi Institutional Clients Group, said: “Perhaps the most important issue on which we must work together is encouraging regulators to build a coherent, consistent and unified regime of global financial regulation. We can’t build it ourselves; our role must be as advocates and as advocates we need to speak with one clear and consistent voice.”

Forese said globalisation – “one of the defining secular trends of our times” – may reverse and nations start to isolate themselves. “There is considerable danger that securities markets will go national, breaking the trend of globalisation, and that is the wrong direction. Many countries got burned by the crisis and the all-too common response, to try to wall-off the economy from the next crisis, while perhaps understandable, is misguided,” he said. “For our firms, the risk is that economies of scale and consistency will be lost if we have to isolate people and systems and create redundancies to meet local requirements. For nations pursuing this type of regulation, the risk is that attempts to wall-off financial instability will have the unintended consequence of keeping out investment and opportunity. We have to keep the trend of globalisation alive.”

The industry should also work with regulators to ensure that global regulatory frameworks are harmonised, he said, citing the example of legal entity identifiers (LEIs): “The LEI initiative is making good progress and we should eventually see every single legal entity in the world registered with a standard set of data – one single repository that will help financial firms with AML and KYC requirements facilitate sanctions checks and cut resolution times during a crisis. To get the most out of this initiative, we still have much work to do – we need to agree on a set of requirements for this data that will make it the golden source for data across multiple strategic uses. Importantly, we need to work with regulators to ensure wider and consistent adoption. Standardisation is as yet barely beginning to be discussed and implementation will take much longer.”

Firms should also look to work together instead of trying to do everything themselves. “While we at Citi are proud of our proprietary infrastructure, we don’t conclude that we can simply use it to manage our own efforts at standardisation. We all in this industry, in partnership with our regulators, need to collaborate in building a better infrastructure for financial services.

As an example, he singled out Swift’s growing involvement in the compliance area. “By developing the industry’s first KYC registry, for its work on sanctions screening and compliance analytics, Swift’s role as a catalyst, connector and implementer has been invaluable,” he said. “[Its] work in formalising the AML/KYC space could, and should, be a model for global standards, particularly as it relates to how institutions around the world gather and share data as part of our responsibilities to meet regulatory requirements.”

Leibbrandt said it was perhaps fitting that Sibos is taking place in Boston, which 250 years ago saw the local population rise up against their British masters. “Disruption is very much a theme – you don’t have to go back 250 years for examples of geopolitical disruption,” he said.

This is important to Swift because of its global network, which operates in some 200 countries, with 10,000 country to country permutations actively carrying Swift messages. “The banking community has been able to adapt to changes in the world order and shifting centres of economic activity through a combination of stability and adaptation,” he said, adding that one of Swift’s roles, along with security and resilience, is to protect its users from geopolitical issues. Swift recently rejected a non-binding resolution from the European Parliament requesting it to consider excluding Russia from the network, saying: “Our mission remains to be a global and neutral service provider to the financial industry. The provision of financial messaging services to Russian entities is not affected by the current measures in force.”

Shah asked: “How do we ensure we remain a global trusted third party in this increasingly divided geopolitical environment. Swift is the most global and the most mutual of companies, and yet we are living in a time of ‘Balkanisation’, fragmentation and increasing hostility. Is globalisation in reverse? Who knows? It is a very different world today than the world that Swift grew up in. The geopolitical challenge is a big challenge – you want Swift to be your neutral, global provider and we want to ensure that we remain so. Together we can achieve this, as long as we stay focused on the facts and have the right governance mechanisms: management and the board are committed to ensuring that Swift remains your neutral trusted third party.”