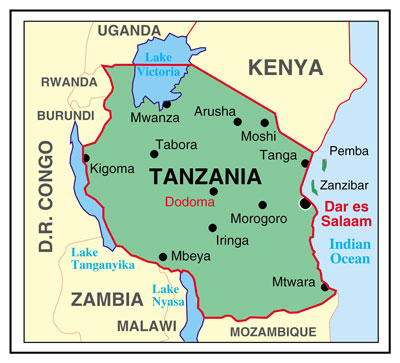 Millicom has expanded its mobile wallet in Tanzania

Millicom has added a feature called Tigo Wekeza to its mobile wallet service in the country, which is one of the top three mobile money markets in Africa alongside Kenya and Uganda. ‘Wekeza’ is the Swahili word for ‘invests’, and the feature basically allows users to automatically earn a return on their balance direct to their wallet. They also get the chance to nominate a non-profit beneficiary if they so choose.

Millicom was already running a mobile money service in Tanzania, called Tigo Pesa, which has 3.5 million users. That service is its own equivalent of the M-Pesa mobile wallet run by rival operator Vodafone, which gained international recognition and 18 million customers in neighbouring Kenya over the last few years. ‘Pesa’ is the Swahili word for cash.

Competition over the mobile wallet market in these countries is growing, especially since the Alliance for Financial Inclusion recently told Banking Technology that Tanzania has overtaken Kenya in terms of monthly volume of mobile money transactions.

The idea of the new  feature is to encourage personal savings and more sophisticated financial behaviours in Tanzania. Earlier this month a one-time return to Tigo Pesa users based on their accrued balances was announced. The trustees of these funds were able to achieve an aggregate return of 9.2% for the beneficiaries. This and the new service were authorised by the Bank of Tanzania following the announcement of new policy by the central bank earlier this year.

“This innovation reflects our commitment to develop mobile money into an even more attractive service and will extend financial inclusion further,” said Hans-Holger Albrecht, president and chief executive at Millicom. “It comes in a year when we have already pioneered cross-border mobile money transfers with automatic currency conversion as well as a unique interoperability arrangement with other operators in Africa.”

Millicom has 4.7 million mobile money customers in its six Tigo operations in Africa and 2.7 million in six countries in Latin America.