Corvil turns to cloud as data ‘race for pace’ accelerates 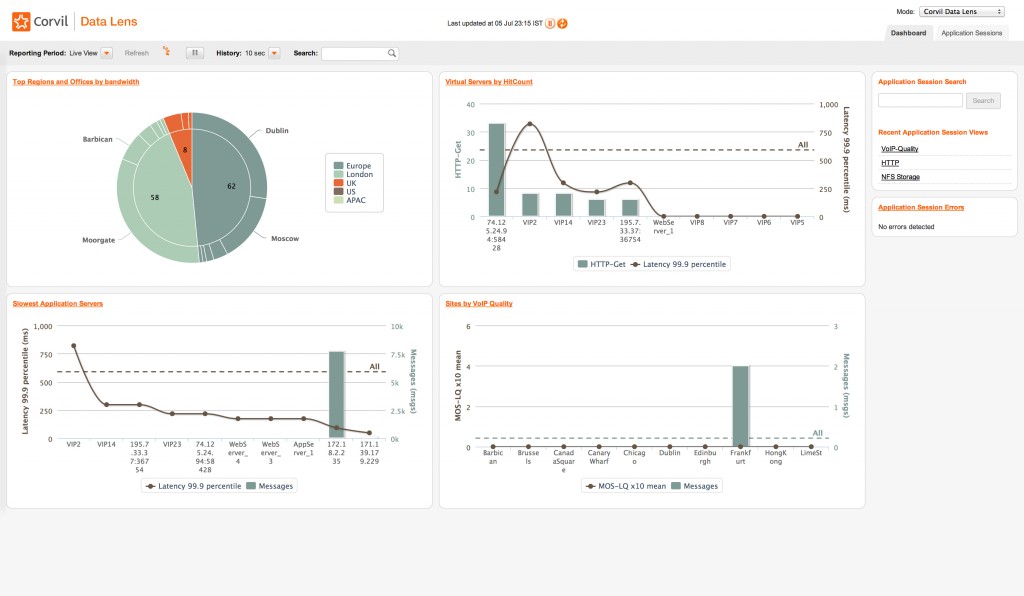 Trading technology firm Corvil has launched a new streaming analytics platform which it says will help exchanges, banks, brokers and other trading firms to sweep away the IT failures of the past and learn to better understand the market.

The firm’s Giga toolbox began life 14 months ago following the trading glitch that cost broker Knight Capital $400 million and a string of other IT failures, including exchange outages, an admission from BATS that it had incorrectly calculated prices, the Facebook IPO disaster and the failure of BATS’ IPO on its own market. These events laid the groundwork for a reaction, based on rising demand for real-time information and greater clarity and transparency.

“We have to be able to see, understand and respond within milliseconds,” said Donal Byrne, chief executive at Corvil. “Given the amount of data, it is an unbelievably difficult challenge. But if you can’t solve the sequence of what trading event caused what effect then you can’t solve anything.”

The idea behind Giga is to stream data in real time into a cloud service, which can then act as a focal point for all users in the market to direct their data, with the regulator holding the ability to access a view of the whole market. Byrne acknowledges that such a move would require extensive industry collaboration, but argues that “somebody is going to have to do it anyway”.

The idea is to introduce ‘auto-discovery’ of all trading sessions – meaning that users will see trades they were aware of as well as those they were not, such as OTC trades, which are included wherever they are transacted electronically. Byrne estimates that such a system should help to improve the speed of data analytics by ten times or more.

“We need to change our view of what latency means, because it is really just a measure of whether you will get the price advertised or not,” said Byrne. “Human and machine real time are two completely different animals. The longer you take to move, the higher the chance that price you saw will be gone. With our technology, you can monitor and see how stale or fresh the price is.”

At present, the plan is to roll out the tool across Corvil’s customers within a period of two months. Those customers include exchanges NYSE, Nasdaq OMX, Direct Edge, the CME, ICE, Deutsche Börse, the LSE, the SIX Swiss Exchange and the exchanges of Japan and Taiwan, among others.

The ‘race for pace’ is a term coined by former Chi-X Europe chief executive Alasdair Haynes, who used the term to describe the relentless drive for faster trading technology that has characterised securities markets for much of the last decade. High-frequency trading is often seen as a central component in that drive, while the efforts of exchanges and trading platforms to court HFT flows have led to ever faster trading infrastructure.