The battle for consumer attention in the retail channel heats up as new entrants make a play for primacy. 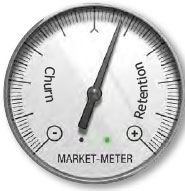 Neither the costs of shepherding a card into stores nor increased competition has deterred new entrants from launching GPR prepaid cards. Providers are coming into the market with astute hooks that play to their strengths to attract and retain cardholders.

Among the newer players putting their unique stamps on the GPR market are Walgreens, the largest drugstore retailer in the U.S., major U.S. mobile carrier T-Mobile USA Inc., and American Express. Retailers may have the advantage of a built-in distribution network, but they still need to develop a product that can stand out in a crowded field and market it effectively.

“You can’t offer a run-of-the-mill card anymore. You have to have something that wows consumers today,” says Aleia Van Dyke, payments analyst for Javelin Strategy & Research.

Although “it seems every retailer that can get its hands on a card is stepping up to the plate right now,” according to Van Dyke, there are the established veterans.

“Industry leaders like Green Dot and NetSpend have been in this business for a long time and already have developed a following with consumers,” she says. What’s more, the industry has seen several major banks launch their own GPR cards, which makes them an instant challenger in the industry because of the reach their branches provide, she notes.

The cost of bringing a card to market is another factor. Strong partners and using existing industry rails takes a lot of the legwork out of launching a card program, enabling retailers and any other business launching a GPR card to focus on “the consumer-facing side of things, which is a large investment because they have to figure out which features they want to offer in conjunction with the card,” Van Dyke says.

At the Corner of Healthy & Happy

One of the program’s key differentiating factors is the Balance Financial prepaid card integration with Walgreens’ Balance Rewards program, enabling cardholders to accumulate Balance Rewards points for using the card—earning points for every $1 spent at Walgreens, every time the account is reloaded in store and every month a direct deposit is received.

Though Walgreens is mum on metrics, Hartwig says, “We have received great feedback from consumers who appreciate the suite of services provided and the convenience of the card.”

“We work closely with our partners to enable them to integrate their own custom capabilities, brand and methods of reaching their customers,” he says. “By offering unique and customized services, [Galileo’s partners] can potentially see increased revenue or margins, learn more about their customers’ behaviors and still stay focused on their core strengths.”

Plus, a vertically integrated program manager and processor has advantages, Wilkes contends. “We can fully control all aspects of the program, including system integration, [application programming interfaces] at the point of sale, authorization and settlement, payments networks, loyalty and rewards, mobile integration, cardholder Websites, customer service, analytics, card production and fraud and security,” he explains.

Integrating a GPR card with the retailer’s existing rewards platform—as well as the programs other cardholder perks—caught the attention of the 2014 Paybefore Awards judges, which selected the Balance Financial Prepaid MasterCard as a Judges’ Choice winner. Judges’ Choice is an honor given to programs the judges believe will gain considerable momentum during the first year in market.

T-Mobile earlier this year launched Mobile Money by T-Mobile, a program that includes a Visa prepaid card, smartphone app, money management tools and access to Allpoint, the largest surcharge-free ATM network in the U.S. The card is also a convenient way for prepaid wireless customers to top-up their phones.

T-Mobile’s over-arching goal with its prepaid wireless customers is to extend that relationship, says Anu Shultes, general manager, prepaid telecom and financial services at Blackhawk Network, which serves as the program manager and markets the card in participating Safeway stores. “Typically, when someone has to go in and pay cash to top-up his airtime at a T-Mobile location or has to go to a grocery store to pick up a top-up card, [T-Mobile] does feel churn,” she says. “The program’s value to T-Mobile is to deepen the relationship with the prepaid customer.”

Data from Blackhawk and a T-Mobile consultant indicated that a customer who tops up his phone using a credit or debit card versus cash will stay with that prepaid plan at least three to four months longer. “That’s real dollars for T-Mobile and that’s why they really jumped into this.”

The program’s main point of differentiation is marrying two core aspects of most consumers’ lives: their mobile phones and access to financial services, and “then making it completely free to the core T-Mobile customer,” says Shultes. Since the program launched last January, “we’re seeing higher than average direct deposit enrollment from this customer base and higher use of mobile deposit capture, compared with other Blackhawk products. The average direct deposit load also is significantly higher.”

While Bluebird currently is sold exclusively at U.S. Walmart stores (and online), Serve is available at Walmart, CVS/pharmacy, Walgreens, Duane Reade, Office Depot, Family Dollar, Fred’s Super Dollar and Sheetz locations in the U.S. Serve, named Best-in-Category for Consumer Champion in the 2014 Paybefore Awards, also touts the largest free cash reload network in the U.S., made possible through a relationship with InComm and its Vanilla Reload Network, with 19,500 Walmart, CVS/pharmacy and participating 7-Eleven locations. American Express coordinates the retail distribution of Serve and Bluebird directly with the retailers.

“Bluebird’s retail availability and free cash reloading capabilities proved to be valuable offerings to its customers,” says Stefan Happ, general manager of U.S. payment options, American Express. “When redesigning American Express Serve to better serve unbanked and underbanked consumers, we felt it was important to provide them with a product that was both accessible and also offered them more ways to move and manage their money. Retail distribution and the ability to walk into thousands of retailers … and add cash onto a Serve card were important features.”

Walmart is no stranger to GPR. In addition to being a long-time distributor of Green Dot cards and its own Paybefore Award-winning Walmart MoneyCard, the retail giant also is making enhancements to MoneyCard to appeal to different consumer segments.

The prepaid industry is looking for ways to drive down the cost of prepaid card ownership for consumers, which can be difficult to do on the delivery side because of regulation and service requirements. Scale is one way to improve economics for a provider that can lead to lower costs to cardholders, but few programs achieve scale right off the bat. One option is to consider using the prepaid card as part of a larger loyalty strategy as T-Mobile and Walgreens have done. “You can deepen loyalty by giving consumers value on two different services, for example, prepaid wireless and GPR cards,” says Blackhawk’s Shultes. “The combination saves the consumer money, but also is a profitable program for [retailers] and their partners.”

Van Dyke, however, says there’s risk of market saturation that comes with a constant influx of new GPR cards because it isn’t feasible for all of them to do well. “Some players will really stand out, but it might take years before we see which will be the real leaders in GPR prepaid.”