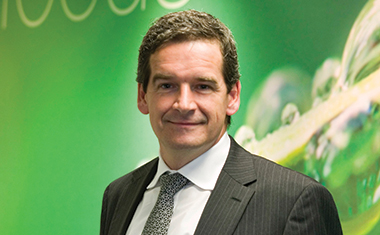 Harte: “the tools to design creative banking are fast and cheap”

In one of the highest-profile tech hires in recent years, Barclays has poached Commonwealth Bank’s Michael Harte as chief operations and technology officer, filling the gap left by the surprise departure of Shaygan Kheradpir last autumn.

Harte is a well-known advocate of radical approaches to IT modernisation. Since joining Commonwealth Bank in 2006 he led a major overhaul of the bank’s systems, replacing ageing legacy systems with modern real-time applications.

In an interview with Banking Technology last year he spoke about the changing nature of software development and the need for institutions to adapt to a world of downloadable apps and shortened development times.

“The shortening of development times and the use of off-the shelf modular applications are driving change, and IT professionals must change with them to survive, and to operate efficiently for the good of their organisations. “Today, the tools to design creative banking are fast and cheap, so the organisation needs to adapt to be fast to change and cheap to adapt,” he said. “In fact, a group of engaged, energetic and creative people, working collaboratively to rapidly develop new tools that can be tested, tested and tested on a continuum of design and improve, rapidly at low cost, is the surefire way to develop the future bank.”

In a statement commenting on the appointment Jenkins, said Harte is “ideally placed to lead the transformation of the Barclays operations and technology function and its continued focus on customer innovation, digital services and process automation”.