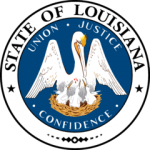 As tax day approaches, the Louisiana House of Representatives yesterday approved a bill that would end the state’s Department of Revenue practice of automatically sending tax refunds on prepaid debit cards to taxpayers who don’t select a specific method for receiving their funds. The options are direct deposit, paper check or prepaid debit card. The vote was 90-0 in favor of HB 436, which now heads to the Senate.

Rep. Jim Fannin (R-Jonesboro), sponsor of the legislation, told news outlets he believes sending a check is safer, following last year’s security breach that might have exposed thousands of Louisiana residents’ personal information. Also, refund recipients allegedly have complained about not knowing how to use the network branded prepaid cards and being charged fees when they did use the card.

Several states use prepaid cards to disburse tax refunds because the method is cheaper and safer than paper checks for the states and their residents.

“A number of states have gone to [network branded prepaid cards] because it saves the state a significant amount of money versus preparing and sending checks; it greatly reduces fraud associated with checks; and, it’s more convenient and less expensive for the unbanked taxpayer who has to wait for the check to arrive, go to the check casher [and pay a fee] and then carry around cash,” says Terry Maher, a partner at Baird Holm LLP.

Maher tells Paybefore at least two other states are considering measures similar to the Louisiana bill, citing concerns over recent, highly publicized data breaches. “Compared with the issues of disbursing refunds by check, the prepaid card is a much better, more secure, less costly option for everyone involved,” he says. “It’s unfortunate states want to go back to using paper to make disbursements.”