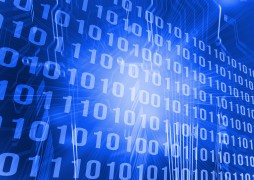 Despite the high profile media scandals surrounding the demise of the Mt Gox exchange and the Silk Road trading website, Bitcoin is evolving rapidly and will soon present a better, more stable and accountable alternative to the fiat currencies most of us trust and use every day, according to Mark Lamb, chief executive of London-based Bitcoin exchange Coinfloor.

Bitcoin is a cryptocurrency created in 2009. It is completely decentralised, with no single organisation, individual or state controlling how it operates. The core value it offers is an alternative to the fiat currencies operated by Central Banks around the world. Bitcoin is independent, and it is designed to be anti-inflationary. There will only ever be 21 million Bitcoins in existence, and users obtain Bitcoins by ‘mining’ them through running algorithmsto unlock the coins – or by exchanging conventional money for Bitcoins.

“Central banking is flawed, because it has central points of failure,” said Lamb. “When Lehman Brothers went down, all counterparty trades were threatened, which meant the entire US capital market and therefore the entire world was at risk. A problem in Cyprus or Greece can threaten the entire Eurozone currency. The internet is resilient because it’s completely decentralised. Take out any node and you can still access the internet. Bitcoin is a decentralised asset ledger. We can do what central bank does, using the decentralised internet.”

Lamb says that Central Banks have not been a good store of trust – they have inflated away approximately 98% of the value of major global currencies over the last 100 years. Because Bitcoin has a fixed supply, more Bitcoins cannot be created – severely limiting the potential for inflation. However, the fixed supply is a potential drawback, since economies cannot raise more capital based on demand. Ownership of Bitcoins could therefore become a political as well as economic issue, if the currency were to be used by governments.

According to Lamb, these difficulties can be overcome. “Gold was successful for 6,000 years and it has a fixed supply,” he told Banking Technology. “Bitcoin is based partly on gold. But unlike gold, you can send Bitcoins at no cost at all – making it a hugely empowering currency for emerging markets and the 3.5 billion unbanked people in the world.”

Coinfloor has a partnership with the Kenyan mobile money service M-Pesa, through which Kenyans can send and receive Bitcoins using their mobile phones. M-Pesa has long been the poster-child of financial inclusion because mobile penetration rates are typically far higher in emerging and frontier markets than conventional banking rates. Lamb points to a study by Goldman Sachs which suggested that Bitcoin could result in $210 billion of annual savings in retail and commerce, simply due to the lower cost of exchange. In many cases, it is possible to send Bitcoins free of charge.

However, the demise of Mt Gox in February was a blow to the image of Bitcoin. Mt Gox was a Bitcoin exchange that shut down having lost $600 million worth of Bitcoins. Investors were left without their money, and the event caused a media storm. Yet according to Lamb, most people familiar with the Bitcoin market could have foreseen Mt Gox’s downfall a year before it happened.

“One of the reasons we were created is because we saw that Mt Gox was doing such a bad job of managing Bitcoin,” Lamb told Banking Technology. “Most people got their money out. A few didn’t. It failed because the only person who understood the source code was one guy, and he could make mistakes. There was no board of directors. There was no company. It was just one guy. That couldn’t happen at Coinfloor because we are a proper company and no single individual holds that much power.”

One other potential obstacle to Bitcoin becoming a major medium of financial exchange is liquidity. At present, there are approximately 100,000XBT or units of Bitcoin traded per day. In addition, Mt Gox was completely unregulated, and global authorities have taken differing stances towards the currency, with some such as China warning that it should not be treated as a genuine currency, and others such as the US and EU presenting differing definitions of what a virtual currency such as Bitcoin actually is. Yet governments are powerless to halt Bitcoin, according to Lamb.

“They’d have to shut down every single computer in the world at the same time,” he said. A government or even a group of governments can ban Bitcoin – although none has indicated it will – but ultimately it’s completely decentralised and there is no way to block it. “I don’t work for Bitcoin,” he added. “Bitcoin is not a company, and nobody is running it – it’s based on the laws of mathematics – yet people are using it to buy houses, cars and to pay for food. A second generation of Bitcoin exchanges is here, and we are partnering with institutions and venture capital firms that are interested.”